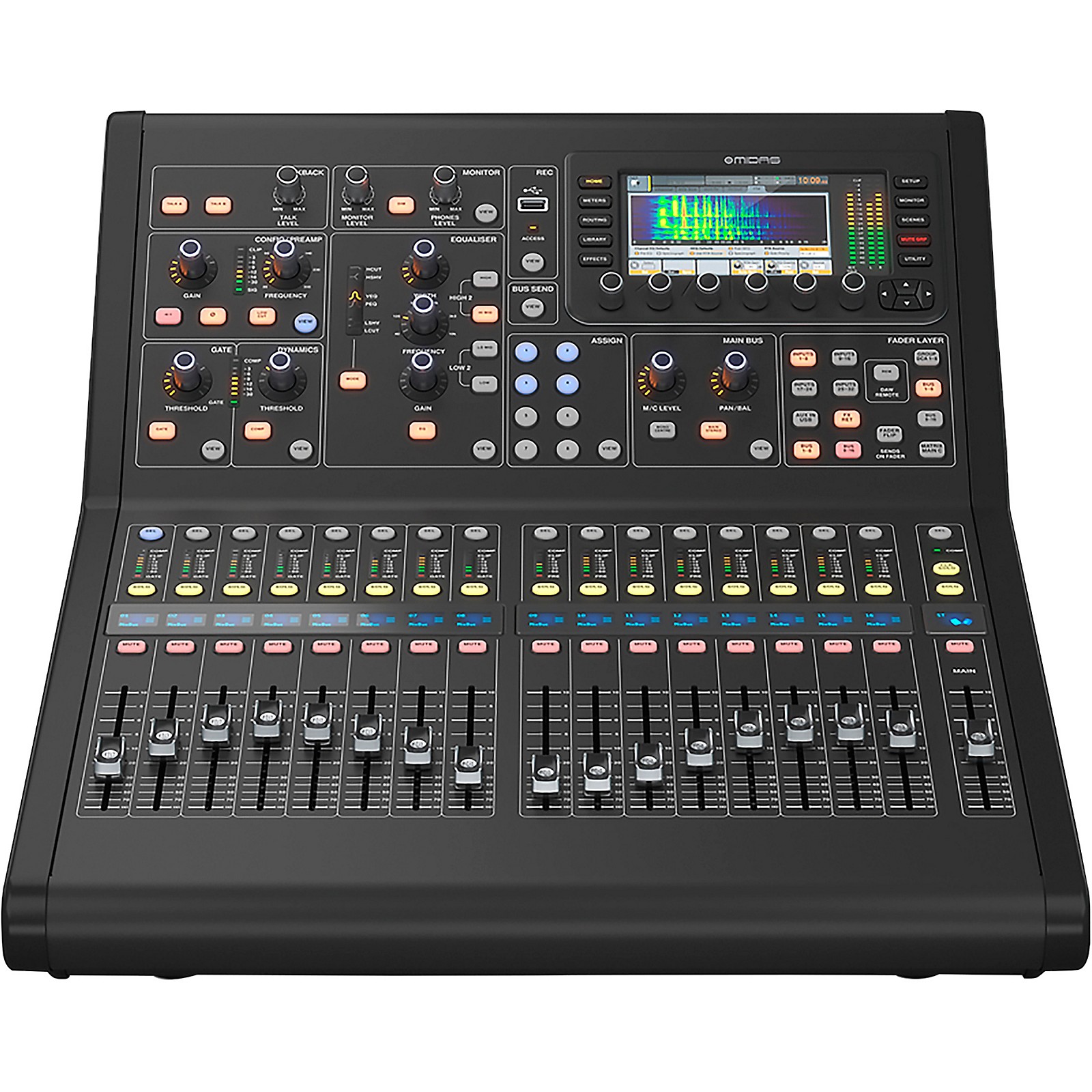 The Midas M32R LIVE is a digital console for live and studio with 40 input channels. It features 16 Midas PRO Microphone preamplifiers and 25 mix bus...Click To Read More About This Product

The Midas M32R LIVE is a digital console for live and studio with 40 input channels. It features 16 Midas PRO Microphone preamplifiers and 25 mix buses and live multitrack recording.

A close look at M32R LIVE reveals that the styling is completely new in every sense of the word. Its automotive-inspired design elements mesh perfectly with a recognizable Midas signature, setting the M32R LIVE apart from any other console. Its beautifully streamlined and elegant form factor completely revolutionizes the experience of live mixing.

The Midas M32R LIVE construction is equally impressive, and is designed to offer you years of reliable performance while withstanding the demanding environment of live performance venues. M32R LIVE employs a predominantly space-frame construction, with parts of the sub-frame consisting of high-performance aluminum. Multiple alloys have been employed throughout to guarantee maximum component efficiency and an improved performance-to-weight ratio.

The M32R LIVE is an innovative, evolved design that brings together modern construction principles and high-tech materials into a styling destined to go down as a landmark in console history.

While the Midas M32R LIVE design, styling, and construction will surely turn a lot of heads, it’s the sound that matters most to engineers and performing artists. And that’s where M32R LIVE shines even brighter – as the latest in a long line of pristine-sounding Midas consoles, it descends from a celebrated lineage that literally set the standard in electrical design and sound quality. Ever since Midas consoles first found fame 40 years ago with acts like Billy Joel, Yes, The Beach Boys, Pink Floyd and others, the Midas legacy has always been about uncompromising quality and the ultimate in sound reproduction.

The M32R LIVE is a console built for today, and tomorrow. Its rock-solid proprietary operating system and the 0.8 ms audio engine provide outstanding state-of-the-art audio performance for years to come.

The Midas mic preamp is considered by leading live sound and recording engineers to be the very essence of the famous Midas sound. More than 40 years of design experience paired with the finest choice of premium-grade components lead to the acclaimed warmth and depth, bring out subtle ambience, maintain spatial positioning, and more effectively capture a precise image. The acclaimed sound of the award-winning Midas microphone preamplifier has inspired generations of live sound engineers to their best work, creating sonic landscapes that have captivated audiences worldwide.

The Midas preamplifier design eliminates typical imbalances of gain-setting stages, thereby improving the common-mode rejection ratio (CMRR) and harmonic distortion to an almost immeasurable level. The constant high-frequency bandwidth topology assures excellent stability, RF rejection and noise performance at all gain levels, contributing to its transparent, open and dynamic sound. But it doesn’t end there, over the years many mix engineers have found that this robust and overload-tolerant design takes on a whole new dimension of sound when driven hard, the pristine audiophile reproduction giving way to just the right combination of harmonics, a warm and organic sound heard by millions of concertgoers and recorded for posterity on countless live albums over the years.
Since pristine sound always begins with the microphone preamplifier, the first point where your signal enters the console, M32R LIVE features genuine Midas microphone preamplifiers, which faithfully reproduce every sonic detail so no part of a performance will ever be missed. Transparent and pristine sound, low noise and high common-mode rejection are all hallmarks of this classic design.

The microphone preamplifiers are the very same ones used in the industry standard Midas XL4 and HERITAGE 3000 consoles, which many consider to be the greatest analogue live consoles ever built. Over the past decade, the XL4 and HERITAGE 3000 have been utilised by countless top artists including Bon Jovi, Alanis Morrisette, AC/DC, Coldplay, Kid Rock, Metallica, Alicia Keys, Foo Fighters, Christina Aguilera, Sir Paul McCartney, Pearl Jam, and many more.

Whether you come from an analogue mixing background, or are accustomed to using other digital consoles, your first experience with M32R LIVE has been engineered to be intuitive, fluid and straightforward.

The brilliance of the M32R LIVE is its simplicity and workflow. Tactile controls allow smooth adjustments to critical elements as the mix progresses while the TFT screen keeps you informed every step of the way. This integration of tactile controls, motorised faders and the array of LCD and TFT displays makes the M32R LIVE experience the premiere solution for Live Sound, Broadcast, Studio Recording and Post Production applications.
M32R LIVE changes the game by completely rethinking what is possible in a digital mixer. An intuitive workflow coupled with a fully interactive user interface ensures immediate familiarity and instills confidence. Advanced engineering and meticulous design deliver stellar sonic performance at an extremely affordable price – changing the game entirely.

Dial in your sound—order today.