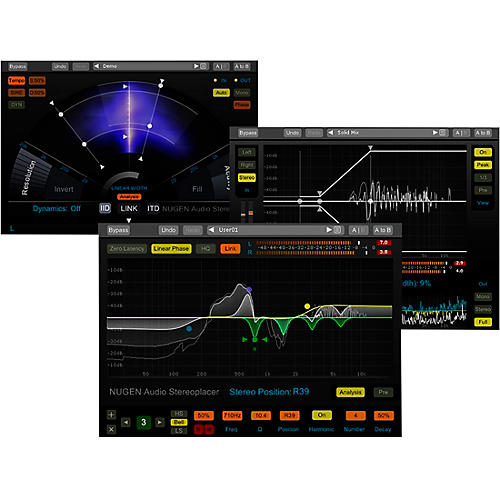 *Qualifying purchase (excluding gift certificates) must be one receipt. 6 month special financing excludes open box gear and cannot be combined with promotional coupons or manual discounts. No interest will be charged on the promo purchase if you pay the promo purchase amount in full within the promotional period. If you do not, interest will be charged on the promo purchase from the purchase date. Depending on purchase amount, promotion length and payment allocation, the required minimum monthly payments may or may not pay off the purchase by the end of the promotional period. Regular account terms apply to non-promotional purchases and, after the promotion ends, to the promotional balance. For new accounts: The Purchase APR is 29.99%; Minimum Interest Charge is $2. Existing cardholders should see their credit card agreement for their applicable terms. Subject to credit approval.
More ways to pay:
Loyalty Points Icon
Earn 1,592 reward points
($15.92 in credit)
Earn 1,592 reward pts.
($15.92 in credit)

Join For Free
Share your location Order within 7 hrs 48 mins. 12 secs.
In Stock & Ready to Ship Orders placed before 3 p.m. ET usually ship the same business day (except weekends and holidays).
Ship to
Please enter 5 digits
Free Shipping Shipping and Delivery Times If we promise a delivery date and a delivery attempt is not made by this date, we will provide a refund of any shipping fees associated with your order. Questions? Call 800-449-9128
site1skuK36527000000000 true Change Location

Stereoizer
Expand your stereo image. Mono to stereo, stereo to super-wide and everywhere in between. Natural extension or extreme effects, Stereoizer provides it all, with plenty of presets & detailed control for the expert. Rapid, intuitive access to the big sound all professionals strive for. Stereoizer hits the bullseye, with the assurance of superb mono compatibility and no unwanted artifacts. Stereoizer offers you the full range of stereo image enhancement, from gentle width adjustments to huge dynamic ambiences that transform the soundstage.

With visual audio analysis feedback and a clear, logical control layout, Stereoizer is satisfying to use and gives great results with the minimum of effort. Stereoizer is a high-specification stereo image manipulation tool suitable for natural expansion, reduction and introduction of stereo width at any stage of the audio production process. Developed for and tested by professional audio engineers, Stereoizer adds natural sounding width and depth to any audio recording, mono or stereo, leaving the inherent character of the original source intact. If you want a more coherent sound with polish and spatial balance but without adding artificial reverberation, chorusing or delay – Stereoizer is for you.

Monofilter
Bring transparent solidity to your bass. Sharpen, define and align for the tightest mix using Monofilter in every track. With presets for every situation and controls for fine tuning to perfection, Monofilter anchors your bass with ease. Trusted by producers the world over, Monofilter grabs hold of your bass and roots it solidly within your mix. With its intuitive controls you can quickly anchor the power, while retaining the essential character and perceived spatial characteristics of the original sound. Monofilter defines the centre of your bass, so easily lost through stereo effects processing, synth sound generation, unwanted phase inconsistencies and live recording mic. bleed.

Market-leading features give you really accurate control over stereo spread, transition and phase alignment, with precise visual feedback in a tactile interface that lets you grab the applied stereo envelope and manipulate it directly – without using abstract parameters and knobs. When solid or natural sounding bass is a requirement in your recording projects, Monofilter provides the foundation for real power and definition. The non-directional nature of low frequencies can often contribute to a perceived lack of clarity and focus in the mix.

Adding stereo FX processing and using multiple mic. set-ups in the studio can introduce phase inconsistencies leading to ‘weak’, ‘hollow’ or ‘flat’ sounds. Monofilter lets you align and balance low frequencies with the minimum of effort, leaving you with the same sound, yet louder, more focussed and better defined. And with Monofilter you can be sure of great playback performance on systems with separate low-frequency handling, such as club PAs, live rigs, home cinema systems, HiFi, and 2.1 gaming systems.

Stereoplacer
Focus in on the frequencies you want to move using the intuitive solo controls and then tweak/fix/align them in the stereo panorama without affecting any other regions - simple, quick and effective! Pan control for the 21st century. Choose the frequencies you want to fix and move them anywhere, leaving the rest of the stereo image intact. Make improvements in any area of the sound stage without causing problems elsewhere. Stereoplacer gives you precise control you just can’t get within a traditional mix setup.

Stereoplacer is an advanced fine-tune parametric balancing control. You can tune each band into specific frequencies and move the frequency content around in the stereo sound stage. Just choose the position you want, and let Stereoplacer take care of preserving the balance of the original sounds. With fully adjustable curves (bell, high and low shelving and even additional linked-harmonic overtones) you can redistribute stereo information with subtlety, or make powerful corrections – even moving hard-panned frequencies from one side to the other – without affecting the overall level balance of the material.

Create the right space for your stereo mix. Order the Focus Bundle today!