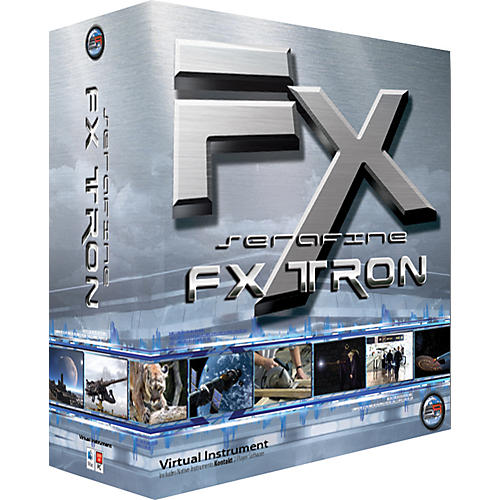 Individual sound effects can be searched for and then drag-and-dropped into Infinite Player/KONTAKT window. From there, the Sonic Reality Serafine FX Tron sound collection lets you play that sound across the whole keyboard at any pitch, reverse it, time stretch it, add effects, and layer it with other effects. Save infinite sound creations that suit any media project-from films to video games to TV, radio, websites, music production, and more. Use the same sounds as those found in award-winning films with advanced interactive foley and sound effects you can mold like clay. Whether used standalone for Mac and PC, or as a plug-in for ProTools, Logic, Cubase, or any audio/video production software that supports AU, RTAS or VST, this sample library a one-stop source for all your sound effects needs.

About Frank Serafine
Over the past 30 years, Frank Serafine has worked with some of the best directors in motion pictures. Together with his staff of sound designers, mixers and engineers, he created some of the most widely used and recognizable sound effects found in the industry. His work has been featured in many top Hollywood and video game productions including those mentioned above as well as Grand Theft Auto 3, Poltergeist II, and more.