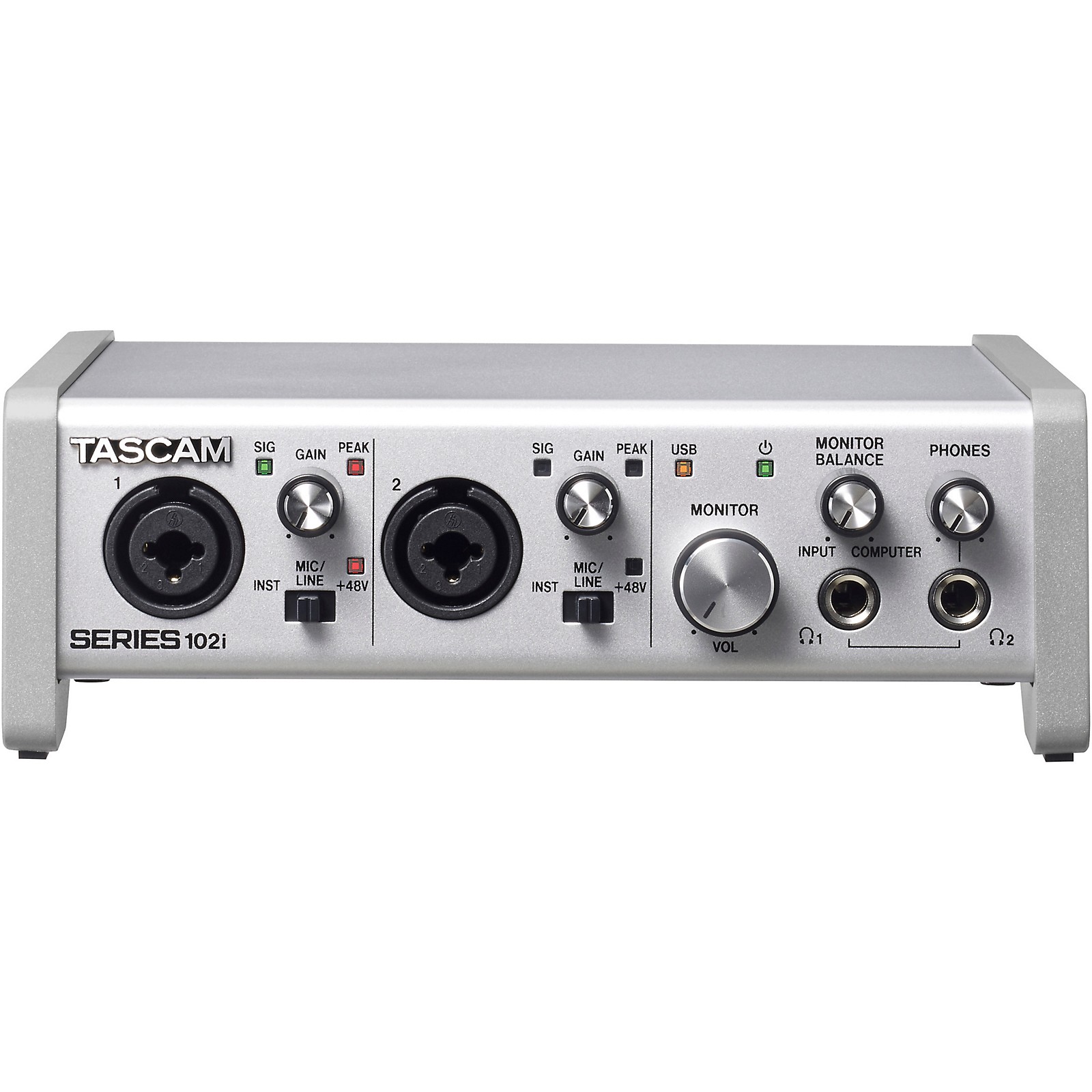 Expandable Input Capability
Easily add more input channels to accommodate future growth by using external microphone preampliﬁers with S/MUX optical inputs to record drums, guitars, keyboards, vocals, and more. SERIES 102i has one S/MUX optical port that can accept up to 8 channels of audio input from an ADAT- or S/MUX-compatible device.

Built-in DSP Effects and Processing
A DSP input and output mixer are complemented with digital reverb, compressor, phase invert, and 4-band EQ for each channel. Having these processors included internally eliminates all latency issues and takes the load off the computer allowing the PC/Mac to process the audio more efficiently.

Put premium sound between you and your sources without breaking the bank.