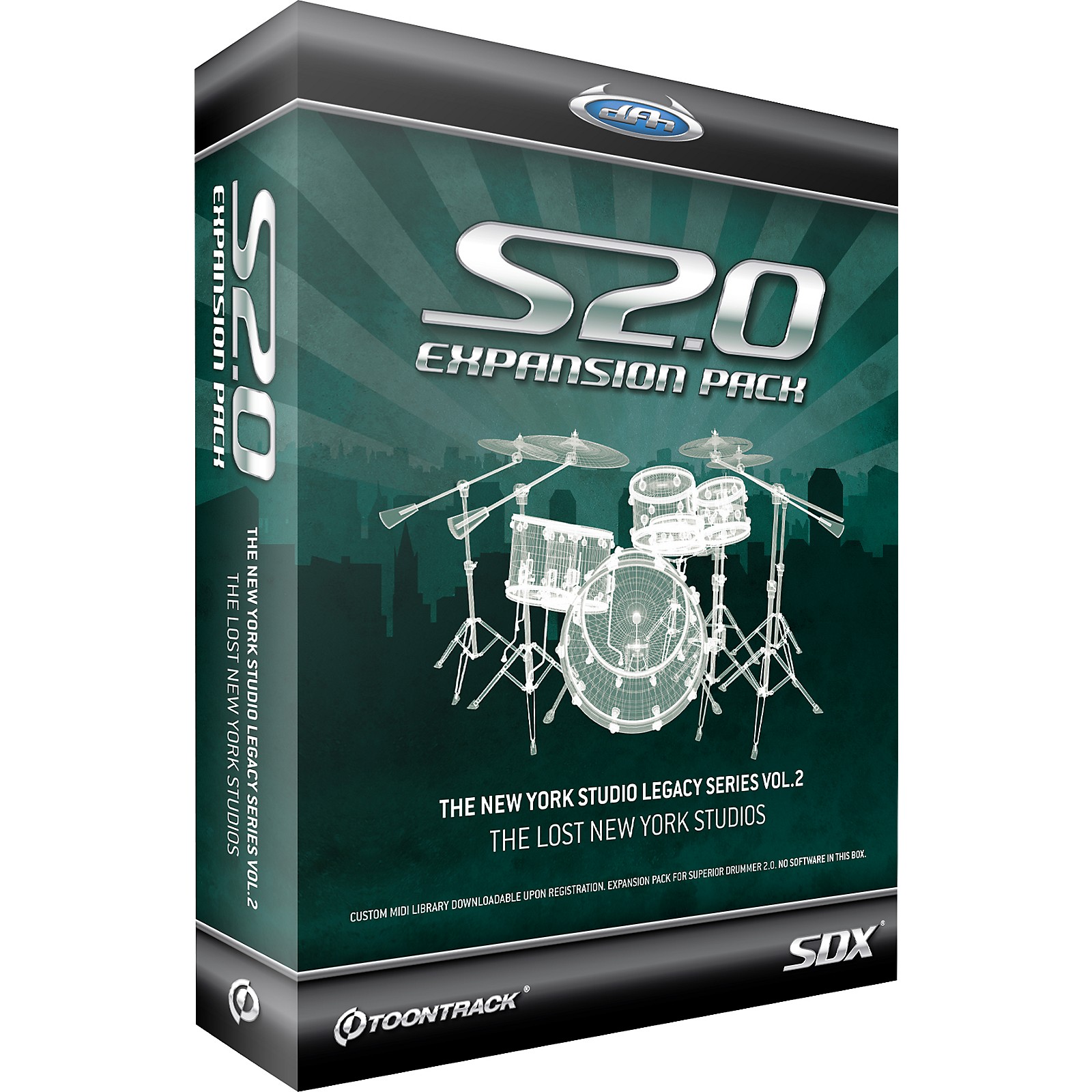 Vol.2 of the N.Y. Studio Legacy from Toontrack's SDX Series contains unique sample recordings from two legendary New York Studios-Hit Factory NY and Allaire Studios. The recordings at Hit Factory NY were the starting point for Toontrack in developing Superior Drummer 2.0 (S2.0) and the decision to record drum samples at Allaire was a result of wanting to capture another great studio room in New York. Sadly, for the music and recording industry both studios are now closed, thus the subtitle of this sample collection: "The Lost New York Studios".