true
We are happy to accept your order at MusiciansFriend.com and also through our Call Center. Like most retailers at this time, due to COVID-19, we may experience shipping delays on some orders. We’ll do all we can to get your gear to you quickly.
Register w/UA for free plug-ins
true Zoom tier2 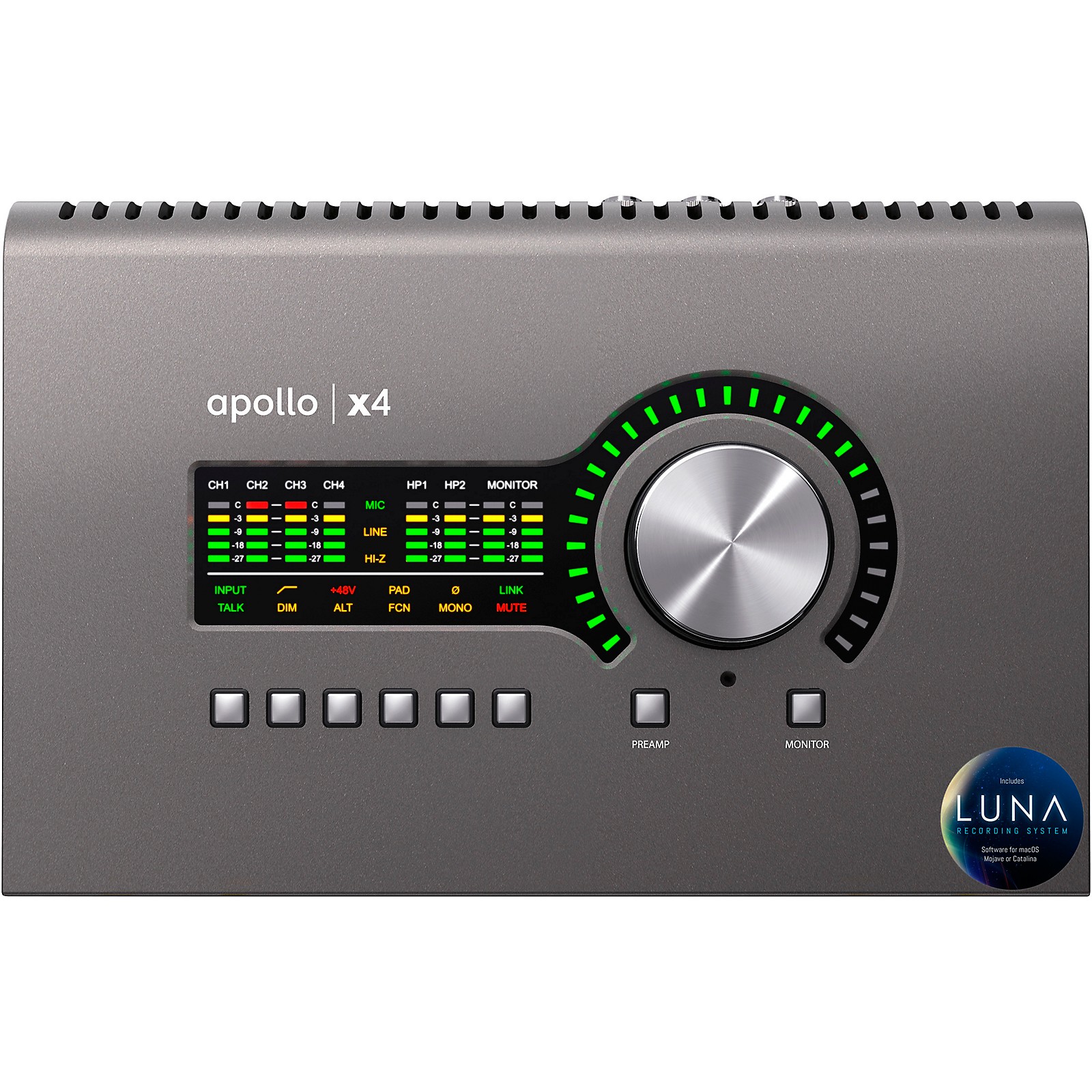 Built upon Universal Audio's 60-year heritage of audio craftsmanship, Apollo x4 easily outshines everything in its class, with 127 dB D/A dynamic range and an included bundle of acclaimed UAD analog emulation plug-ins, giving you a fully-stocked analog studio, right on your desktop.

Elite-Class A/D and D/A Conversion
With thousands of hit songs and hundreds of Grammy-winning albums under their belt, Apollo desktop interfaces are used to create exceptional-sounding records every day. To improve upon the previous generation, UA engineers designed the Apollo x4’s audio conversion to deliver a striking 127 dB dynamic range and and -117 dB THD+N, giving Apollo x4 a spacious, organic sound that easily rivals dedicated high-end converters costing much more.

Right out of the box, the Apollo x4 includes the “Realtime Analog Classics Plus” suite of UAD plug-ins — the UA 610-B Tube Preamp & EQ, Teletronix LA-2A and 1176 compressors, Marshall Plexi Classic Guitar Amp, Ampeg SVT-VR Classic Bass Amp, Pultec EQs, and more — so you have a rack full of bonafide audio classics already onboard.

Professional Performance and Scalability
Users of Apollo x4 can combine up to four Thunderbolt Apollos and six total UAD-2 devices — adding I/O and DSP as your studio grows. Once you expand your studio with an Apollo X rackmount unit, you can use Apollo x4 as a desktop monitor control with additional I/O and DSP power.

Built upon UA’s 60-year heritage of audio craftsmanship, Apollo x4 confidently outperforms everything in its class, with 127 dB D/A dynamic range and an included bundle of UAD analog emulation plug-ins, giving you a fully-stocked analog studio, right on your desktop.

Put a better studio on your desktop. Order today.