Join For Free
Share your location Order within 7 hrs 48 mins. 12 secs.
In Stock & Ready to Ship Orders placed before 3 p.m. ET usually ship the same business day (except weekends and holidays).
Ship to
Please enter 5 digits
Free Shipping Shipping and Delivery Times If we promise a delivery date and a delivery attempt is not made by this date, we will provide a refund of any shipping fees associated with your order. Questions? Call 800-449-9128
site1skuH90373000000000 true MFI=1 true Change Location 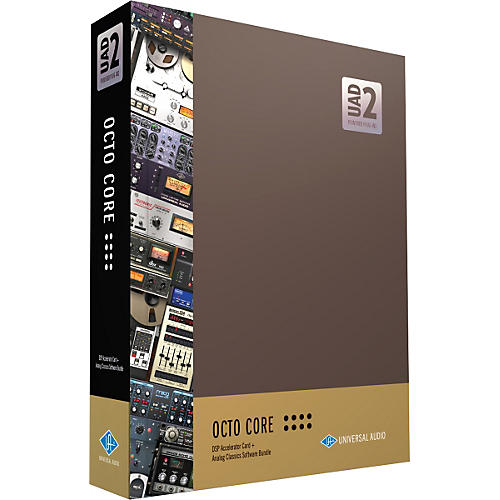 Fully Mac and Windows 7-compatible, the UAD-2 OCTO Core is easy to use. Just install the software, install the PCIe card, and start mixing with some of the world's finest audio plug-ins.


*Thunderbolt connectivity is available for Mac only.

Order the OCTO Core card and max out the power of your high-end professional studio today.