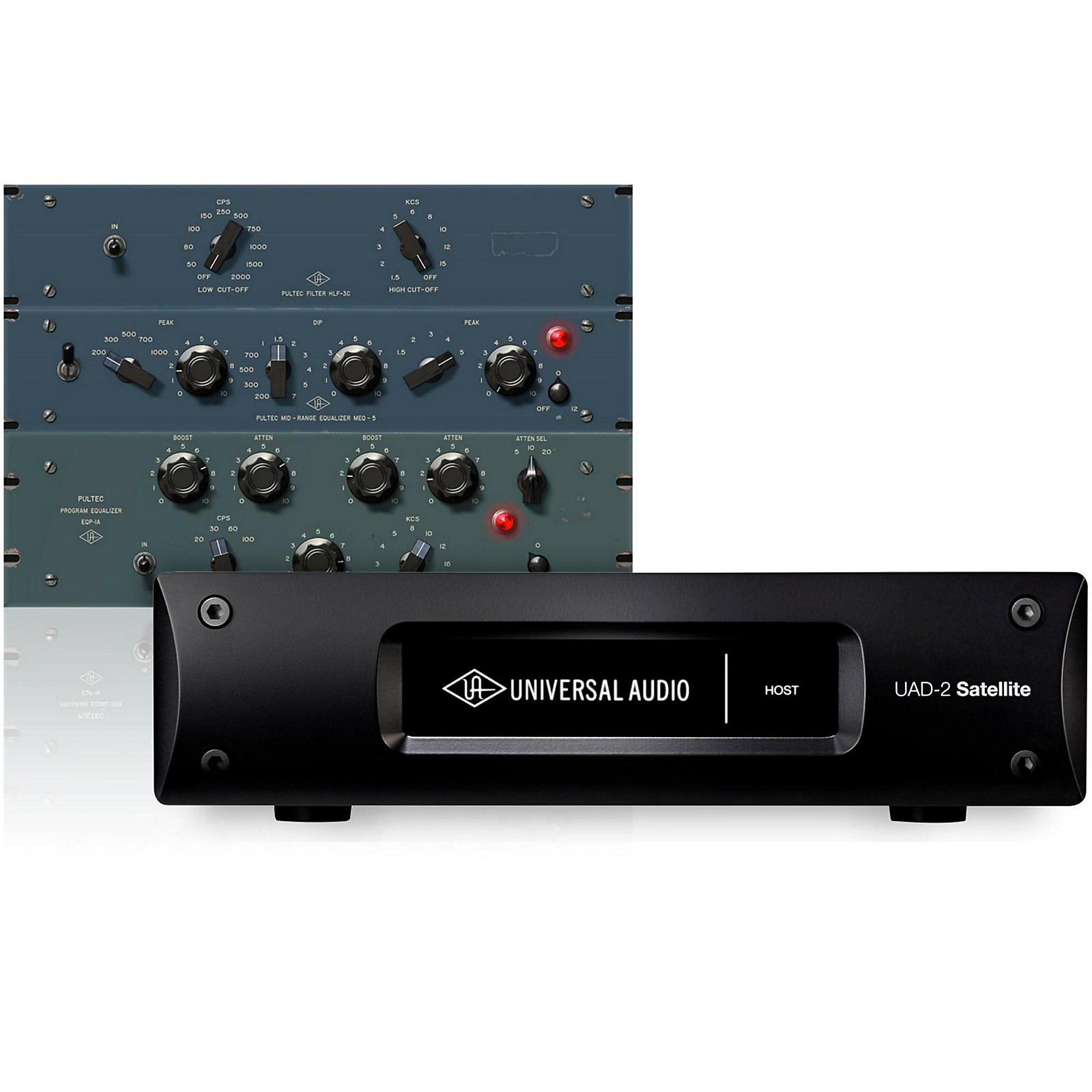 The UAD-2 Satellite Thunderbolt DSP Accelerator is a sleek, powerful way for you to "supercharge" your Thunderbolt-equipped Mac systems and run large...Click To Read More About This Product

The UAD-2 Satellite Thunderbolt DSP Accelerator is a sleek, powerful way for you to "supercharge" your Thunderbolt-equipped Mac systems and run larger mixes filled with acclaimed UAD plug-ins. This convenient desktop unit gives you full access to UA's award-winning plug-in library, including exclusive titles from Studer, Lexicon, Neve, and more. With improved performance and reduced plug-in latency versus FireWire, UAD-2 Satellite Thunderbolt is a professional solution for UAD plug-ins, and an ideal DSP expander for Apollo audio interfaces. The UAD-2 Satellite OCTO Core version is the most powerful version in the series, with 8 x SHARC processors to power the included Analog Classics Plus UA plug-in bundle.

UAD: One of the Industry's Most Respected Collections of Audio Plug-Ins
From serious home recordists to multi-platinum mix engineers, UAD Powered Plug-Ins are integral tools for audio professionals. The reason is simple. Very few other plug-ins faithfully capture the sound and behavior of classic analog equipment the way UA powered plug-ins do - whether it's boutique compressors and EQs, or vintage reverbs and tape machines. The UAD library features over 90 plug-ins, co-developed with the biggest brands in audio.

Expandable processing power, from QUAD to OCTO
UAD-2 Satellite Thunderbolt is available in QUAD or OCTO models with either four or eight SHARC processors, respectively. It can also be integrated alongside UAD-2 PCIe DSP Accelerator cards and Thunderbolt-equipped Apollo interfaces, including Apollo Twin, DUO, QUAD, and 16 for truly scalable mixing power.

Available as Core, Custom, and Ultimate software packages
The Core package includes the Analog Classics Plus bundle, while Custom includes the Analog Classics Plus bundle, and a choice of any three individual UAD plug-ins at registration. The OCTO Ultimate is UA's flagship package, and includes all 79 UA-developed plug-ins up to and including UAD software v7.8.