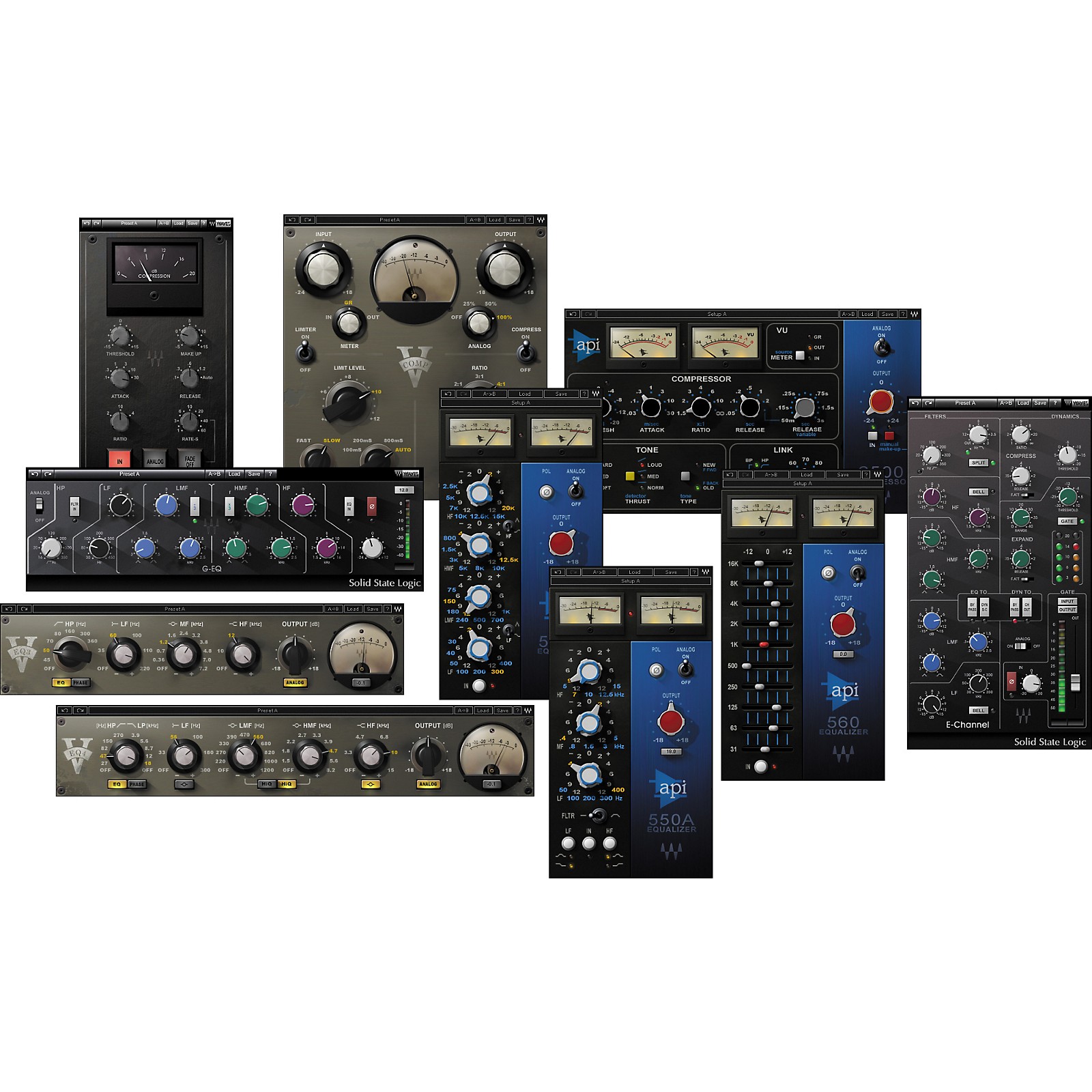 The Waves Studio Classics Collection consists of faithful, exactingly detailed emulations of three of the most revered consoles in the history of rec...Click To Read More About This Product

The Waves Studio Classics Collection consists of faithful, exactingly detailed emulations of three of the most revered consoles in the history of recorded music, SSL, API and V-Series.

Founded in 1969 in the UK, Solid State Logic currently has over 3,000 SSL systems in active use around the world. SSL's reputation for hit-making sound is unsurpassed, having been used on number one records by hundreds of hit-making artists.

Of all the consoles featured in the Studio Classics Collection, the Solid State Logic SL4000 is perhaps the most famous, having literally defined the music of the ˜80s and beyond. The SL4000 was the first widely adopted board with Total Recall automation. In 1981, the SSL4000 even received the Queen's Award for Export Achievement.

In the 1970s, engineers knew that there was nothing quite like the sound of the 1066, 1073, 1081, and 2254, heard on many monster hits of that era. Modules like the 1073 and the 1081 were studio mainstays, and were considered indispensible tools for top 40 singles and those epic albums of the classic rock heyday. Each especially suited for a particular recording, mixing, or mastering task, these four units represented the state of the art in their time, and engineers have sought to recreate that sound ever since.

From its beginnings in 1968, the API sound quickly became a favorite of recording and broadcast engineers. There are currently over 700 API consoles around the world, including the three major U.S. television networks. Over thirty years later, many of these consoles are still in daily use in some of the most prestigious recording and broadcast facilities in the world. The API 550A, 550B, and 560 equalizers are the go-to units for many classic contemporary hits from artists.