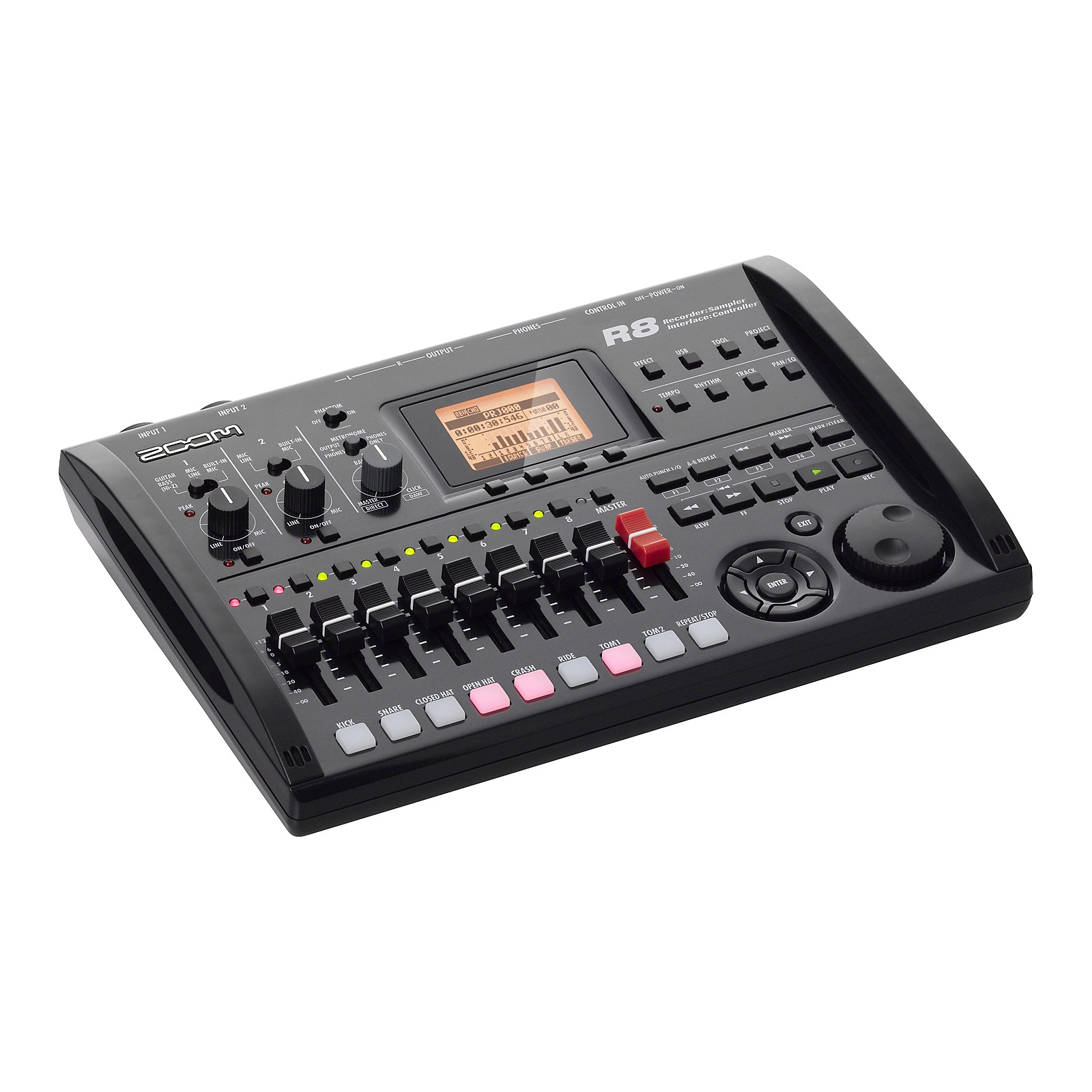 There are times when you don't want to get bogged down with computers, software and other creative roadblocks, when all you really want to do is reco...Click To Read More About This Product

There are times when you don't want to get bogged down with computers, software and other creative roadblocks, when all you really want to do is record and mix a quick demo for promotional or personal reference. That's where scaled-down, ultra-portable music production systems like the Zoom R8 make the most impact in your studio or on the road. Not only does the R8 offer 2-track recording with 8-track simultaneous playback, but you also get an 8-voice/8-pad sampler, 500MB of drum loops, built-in rhythm machine, built-in stereo microphones, DSP effects, and a built-in audio interface with control surface capabilities for the times that you do want to sync the R8 with your computer and host DAW.

Recorder
With 2-track simultaneous recording and 8-track playback, the R8 is the perfect tool for capturing audio on-the-go. Record live music performances, rehearsals, songwriting sessions or even audio for film and video. Playback up to eight tracks of audio at up to 24-bit/48kHz resolution as WAV files. If you make a mistake, use the Undo/Redo function to cancel the last recording operation and restore the previous state. You can even mix down completed songs inside the R8 and save a mix for each project.

Control surface
The R8 can be used as a control surface for DAW transport functions (play, record, stop) and mixing operations. Through a USB connection, you can control the transport and mixing functions of major DAWs such as Cubase, Logic, and Sonar from the R8. In addition, you can easily move multiple faders at the same time. No more mixing with a mouse! The R8 makes mixing a pleasure.

Create your own beats with the powerful rhythm machine
The R8's rhythm machine includes 10 types of drum kits that use linear PCM audio samples. Use the touch-sensitive drum pads to program up to 511 of your own beats, and use the rhythm patterns that you create just like audio loops. Use the R8's pads to start playback of patterns and use the R8's sequencer to arrange them into songs. You can start fast with the 472 preset patterns, which include intros, fills, endings, and other phrase variations.

Steinberg Cubase LE DAW software included
Cubase LE is powerful music production software for recording, editing, and mixing both audio and MIDI tracks. Cubase LE uses an audio engine that is equivalent to software that has received numerous awards and is an ideal introduction to computer-based music production.