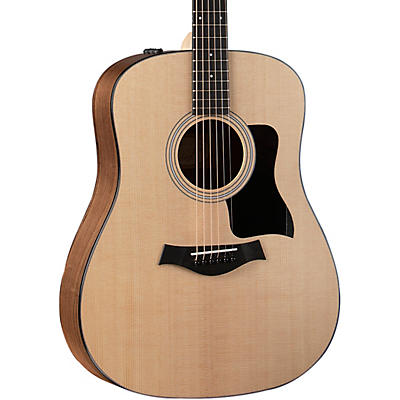 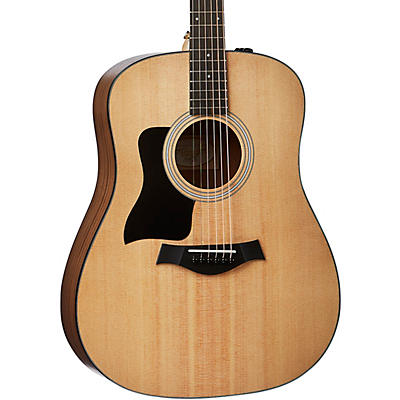 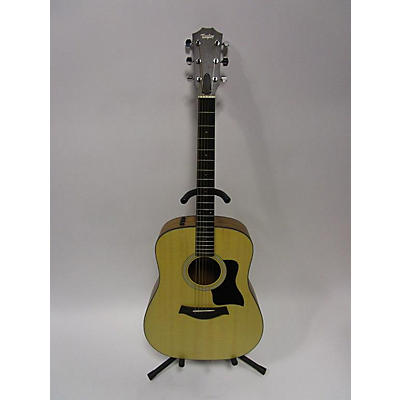 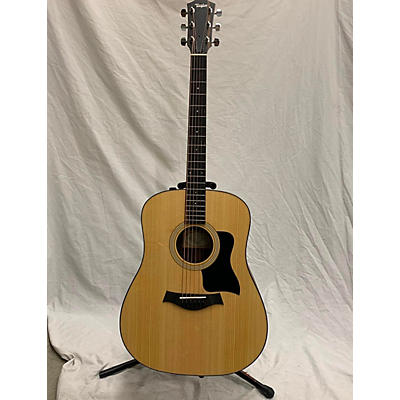 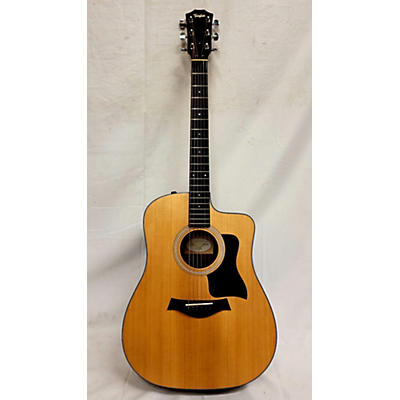 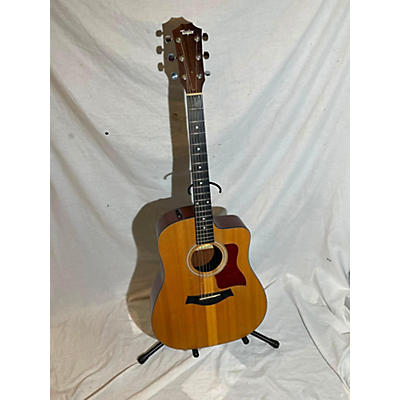 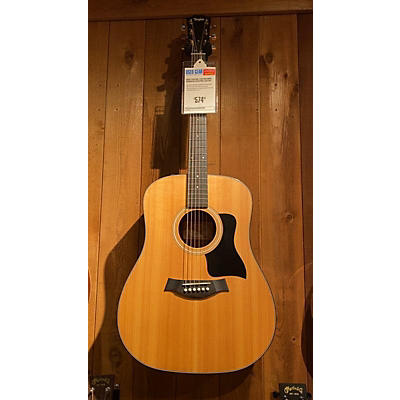 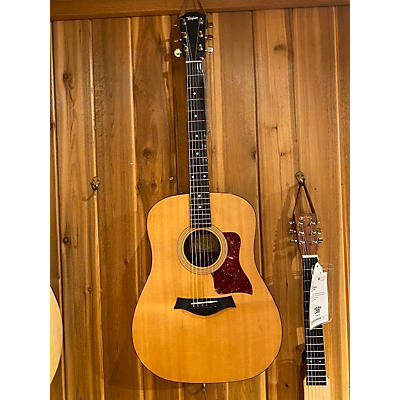 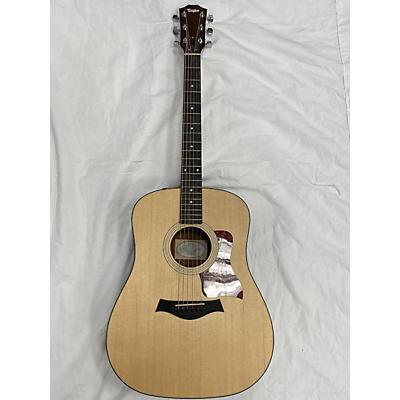 The Taylor 110 acoustic guitar is a full-featured dreadnought in the revered manufacturer's 100-series, designed to be an affordable, durable alternative to their more expensive models, but built with the same attention to quality and exceptional tone that Taylor guitars are known for. Founded in 1974 by Bob Taylor and Kurt Lustig, Taylor Guitars has grown to become one of the leading brands of acoustic, and, more recently, electric guitars in the world, blending the traditional master craftsman's approach to instrument making with modern technological breakthroughs in design and manufacturing, to produce magnificent-sounding guitars that are as easy to play as they are to look at. For instance, Taylor pioneered the use of lasers and computer-controlled design and manufacturing tools to produce ultra-tight tolerances for various guitar parts and decorations, and developed and patented the NT (New Technology) neck design, which represents a major step forward in neck construction, providing a straighter, more stable neck than traditional guitar-making methods. The NT necks are constructed from a continuous piece of wood that runs beneath the fretboard all the way up to the 19th fret, as opposed to the traditional design that stops at the 14th fret, where the neck usually meets the body. Whereas the traditional design involved gluing the fretboard extension directly to the constantly-vibrating soundboard of the guitar, often resulting in the neck bending at the 14th fret, the NT neck remains straight and stable, despite fluctuations in temperature and humidity that would normally warp a regular neck, resulting in intonation and fretting issues. NT necks are also much easier to adjust, as the neck angle is set by laser-cut spacers with tolerances so tight that no glue is required, so adjustment is much easier and faster than on a guitar with a glued-in neck.

The 100 Series guitars are constructed with a mahogany neck, ebony fretboard and bridge, and sapele laminate for the back and sides, coupled with a solid Sitka spruce top for full, resonant tone. They are available in the Dreadnought (110) or Grand Auditorium (114) body styles. Sapele is a tropical African tonewood similar to mahogany in appearance and tonal characteristics, and the laminated wood used for the back and sides provide greater strength and resistance to warping at lower cost than a solid tonewood, and still sounds great. The solid spruce top with forward-shifted pattern bracing delivers the majority of the sound, and with Taylor's years of expertise in perfecting the art of guitar manufacturing, you're assured of plenty of rich, well-balanced dreadnought tone. Taylor 110 guitars are available in either right-handed or lefty configurations, whether as standard acoustics, or with Taylor's vaunted ES-T pickup system for amplified picking, offered with or without a cutaway for enhanced upper-fret access. Taylor makes some of the most acclaimed (and expensive) high-end guitars in the world, favored by high-profile artists like Dave Matthews, Prince, and up-and-comer Taylor Swift. However, if you're reluctant to take your prized Taylor Presentation or 900 Series guitar to your local open mic night, are looking for a fantastic second guitar for open tunings, or just want a high-end sound at a mid-level price, the Taylor 110 might just be the perfect dreadnought for you. Try one today!