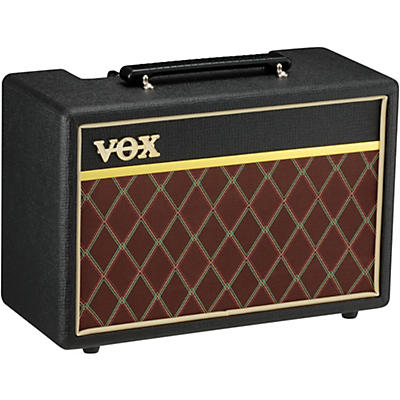 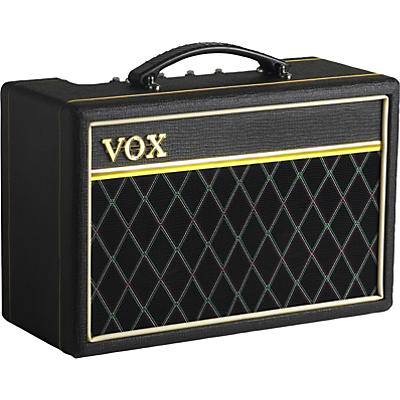 The British invasion didn't end with bands! While it might have been the Beatles and the Stones making headlines, the era also brought British-made amplifiers to the world's attention, and they've never stopped enjoying the spotlight ever since. At the top of the list of iconic British amps is Vox, with a look and sound instantly recognized not just by musicians, but by their fans as well. So if you're looking for one, you're definitely on to something - and if you don't want it too big, this selection of Vox Pathfinder amplifiers is definitely the place to look. They may seem small at 10 watts, but these little amps are mighty mites that really punch above their weight class when it comes to tone.

There are two flagship models in the Pathfinder series: the Vox Pathfinder 10 Guitar Combo Amp and the Pathfinder 10W Bass Combo Amp. Naturally, the choice between the two depends on which instrument you play. The guitar amp is loaded with a single 6.5" Vox Bulldog speaker, while the bass model comes with a pair of 5" Bulldogs to give it a little more driver real estate - because for bass, every square inch counts. For the guitarists out there, maybe you'd like your amp with a little extra flair? In that case, check out the Vox Pathfinder 10 10W 1x6.5 Limited Edition Union Jack Guitar Combo Amp and Limited Edition Denim Mini Guitar Combo Amp for some specialty options.

Whether you go for the classic look or try a limited-run model on for size, Vox Pathfinder amplifiers are sure to satisfy. They're loud enough for light gigging, deliver every ounce of iconic Vox tone you need for recording, and are portable enough to take everywhere - from jam sessions to the studio to the classroom if you're a teacher (or student!). When you want a whole lot of tone in an amp not much bigger than a toaster, this series delivers and then some.