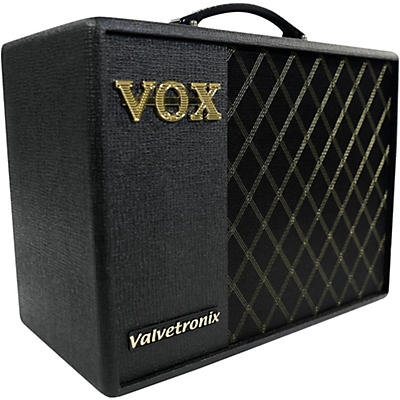 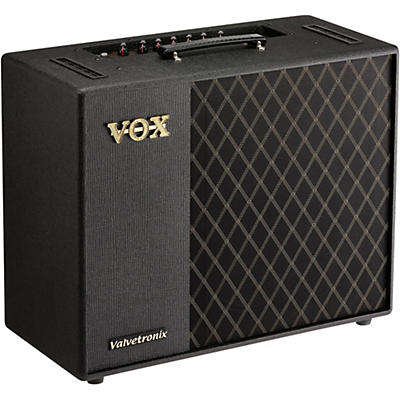 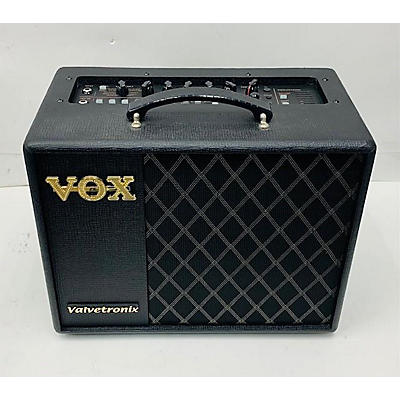 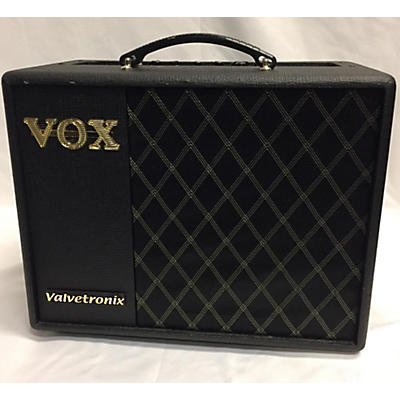 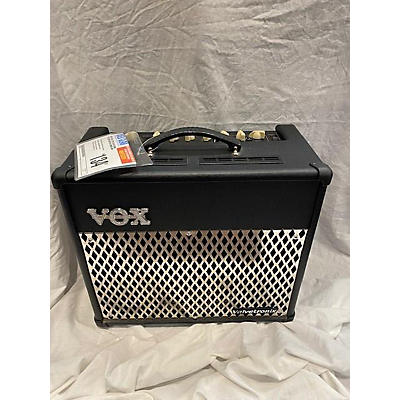 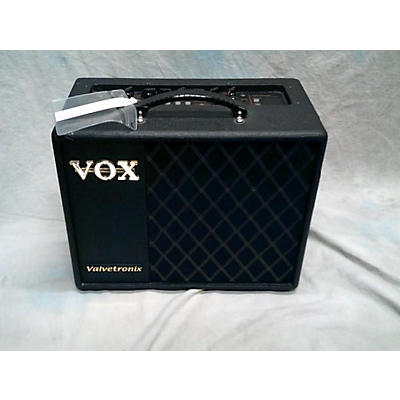 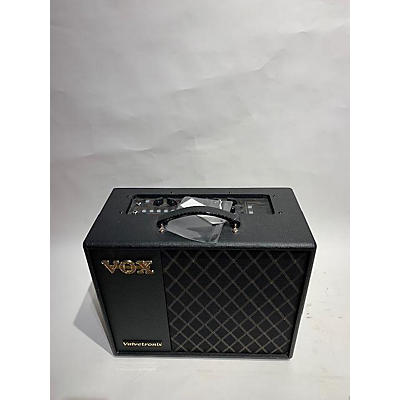 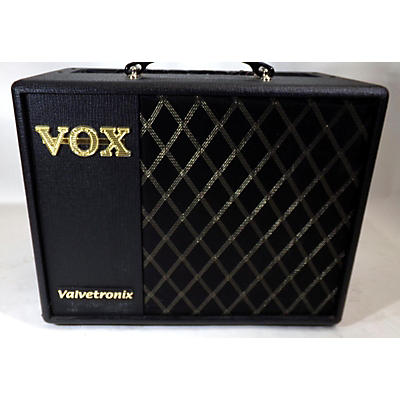 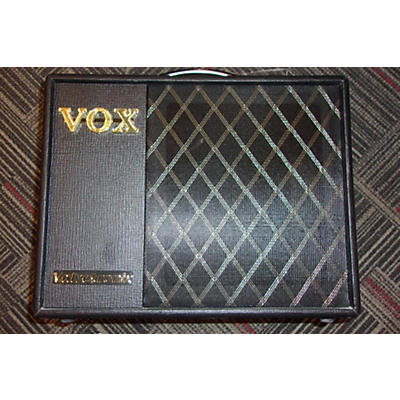 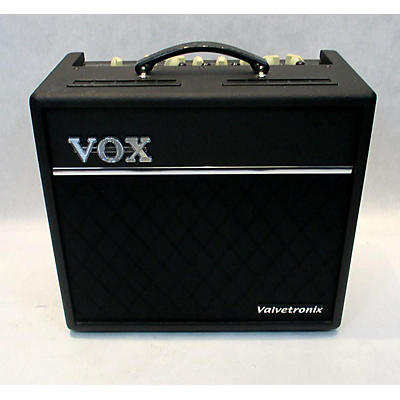 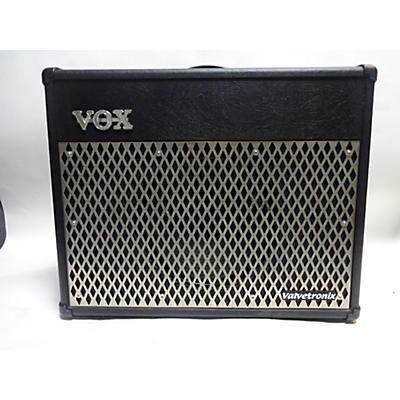 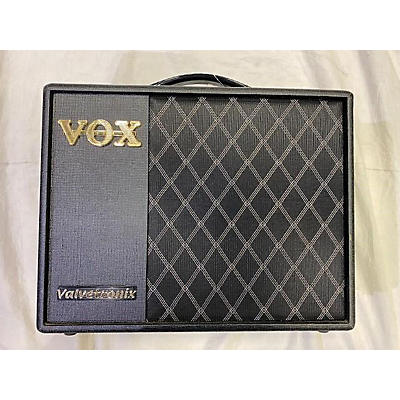 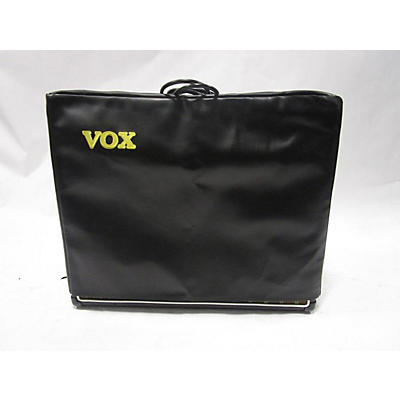 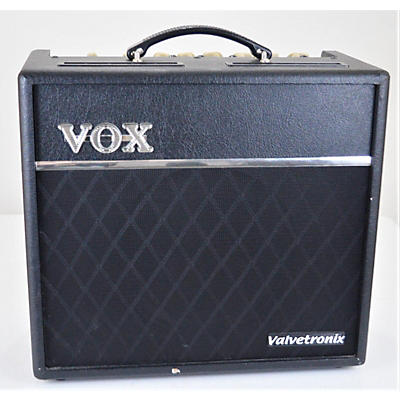 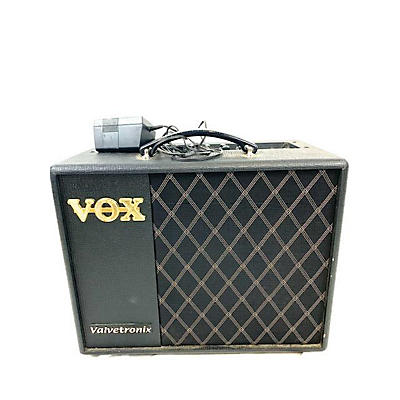 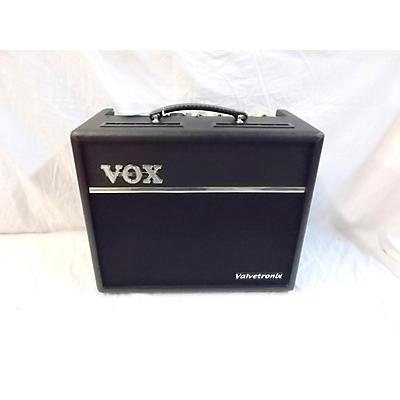 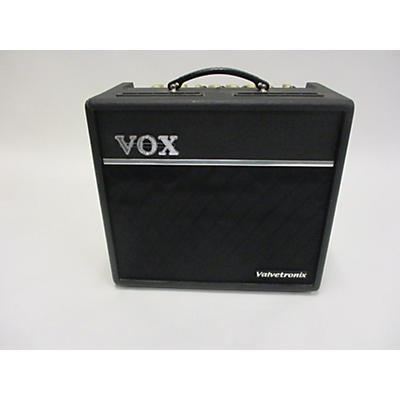 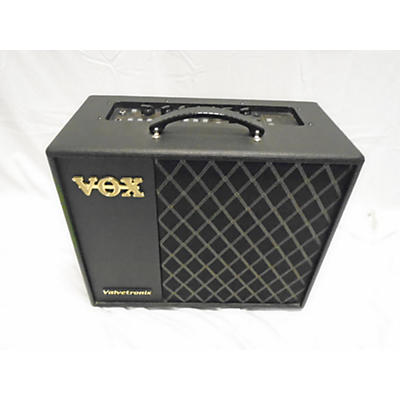 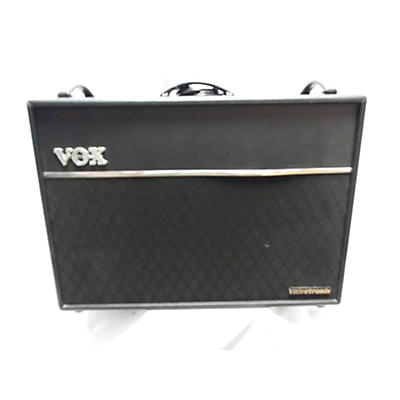 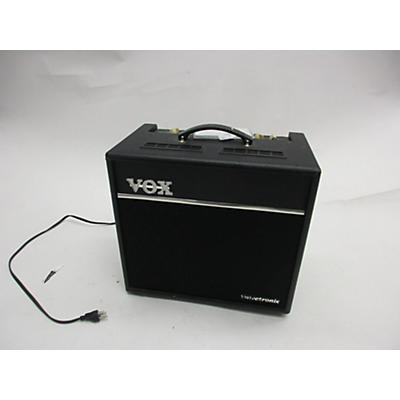 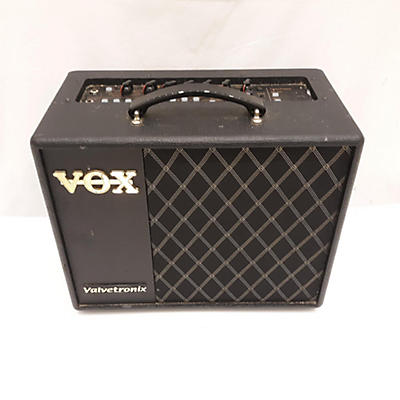 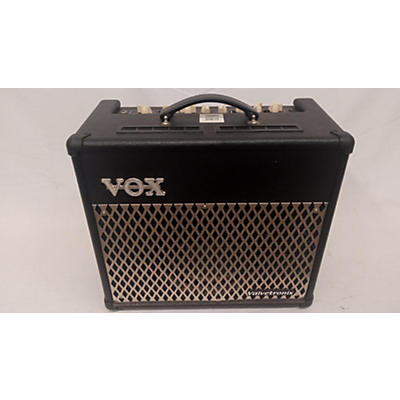 The Vox Valvetronix line of amplifiers represents the latest stage in the evolution of guitar amplification, from one of the earliest innovators and most iconic brands on the market. The goal of creating the Valvetronix line was to design a digital modeling amp that could accurately recreate not only the sound, but also the response characteristics, or feel, of the world's most coveted amplifier models, covering everything from the clean tones of a vintage Fender Reverb to the modern crunch of a Mesa Boogie, and, of course, the shimmering tones of Vox's own legendary AC30. Vox amps gained popularity not long after they were first introduced in Britain, with the AC15 model appearing in 1958, followed, a year or so later, the AC30. Noted for their clean, sparkling highs and warm, creamy overdriven tones, the all-tube amps, especially the AC30, became a favorite of just about every English band from the British Invasion onward. Its popularity soon spread around the world, and the AC30 can be heard on countless hits from everyone from the Beatles and the Rolling Stones to Queen, U2 and REM. Through the years, however, as amp manufacturers, including Vox, continued to experiment with new technologies and solid state amplifiers hit the market, the fortunes of the Vox brand rose and fell, changing owners several times, until it was acquired by the Korg Corporation in 1992. This proved to be fortunate, in that the Japan-based company not only had a reputation for quality products, but was an innovator in synthesizer technology, which forms the basis for much of the amp modeling at the heart of the Vox Valvetronix series. While many manufacturers offer digital modeling amps that approximate the sound of various classic models, the Valvetronix series combines Korg's legendary digital sound technology with an actual 12AX7 tube (or valve, as the Brits call them) in the power amp section of the Valve Reactor circuit, so the amps react much more organically to the dynamics and other subtleties of the guitarist's playing style, like an all-tube amp would. The Valvetronix technology also incorporates a collection of the most popular guitar effects, from warm overdrive and massive distortion presets to chorus, delay, flanger, rotary speaker and octave settings, which are ready to rock right out of the box, or may be edited, customized and saved by the user. The result is a line of highly versatile, great-sounding amps that can cover the sonic terrain of dozens of classic amps and several overloaded pedalboards, all in a highly affordable - and highly portable - package. The Valvetronix VT20+, for example, is a very moderately priced 20-watt combo with an 8 speaker that is perfect for recording, practicing, or smaller jams, while big brother VT120+ pushes 120 watts through two 12 speakers, with the remaining siblings offering varying wattages and speaker configurations. The Valvetronix Pro VTX150 and VTX300 are the top-of-the-line amps in the series, featuring the added firepower of an EL84 tube in place of the 12AX7, and a premium 12 Celestion VOX NeoDog speaker with neodymium magnet. The VTX150 is a 1X12 combo amp, and the VTX300 is a limited-edition package that includes the VTX150 amp, a V112-NE extension cabinet, and the VC-12SV large-format foot controller. In all, it's a mighty impressive collection of amps that beautifully bridge the gap between classic tone and modern technology, because while we all covet the gear that powered our favorite tunes and got us into guitar playing in the first place, not many of us can afford to buy even one vintage amp, much less take it on the road. The fact that so many pros today rely on modeling amps in the studio and on stage for reliable, authentic tones that truly rock means that whatever your playing style, you can find a Vox Valvetronix amp that will perfectly suit it. Order one today and start modeling!