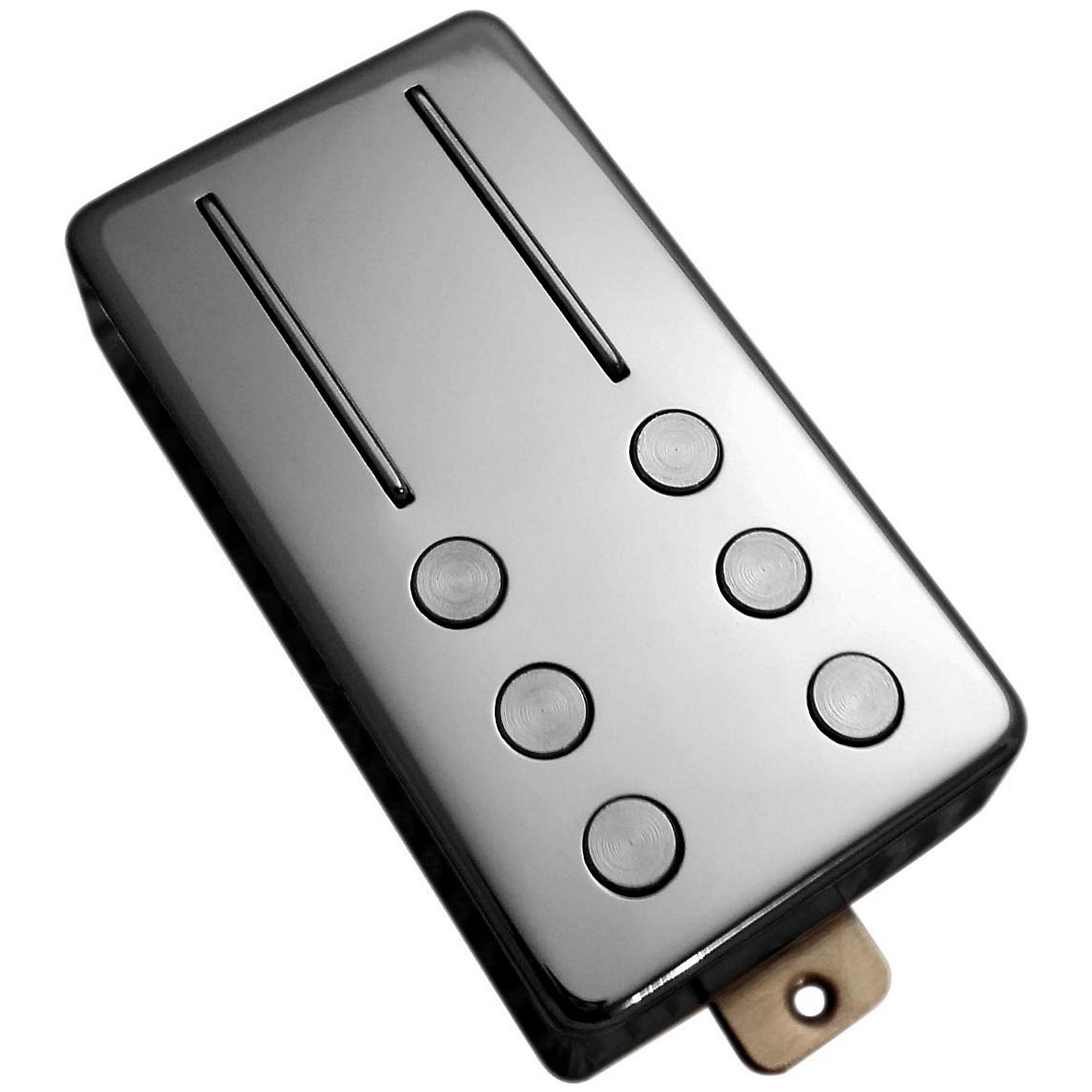 Railhammer took the vintage PAF recipe and improved on it for the new millennium. Warm, open, lightly compressed, with chimey highs it has a softer m...Click To Read More About This Product

A new pickup design that generates improved tone no matter what your style.

Railhammer took the vintage PAF recipe and improved on it for the new millennium. Warm, open, lightly compressed, with chimey highs it has a softer mid attack, and overall more open tone than the Chisel. It's perfect for blues, classic rock, old school metal and punk, that "early EVH" sound, or for any player looking for a vintage vibe but wants the Railhammer advantage.

Rails under the wound strings for tight clear lows
Thin rails sense a narrow section of string, reducing note smearing and muddiness. There's still plenty of low end, it's just more defined and less mushy. Aggressive fast riffs, complex chords, and palm muting are tight, clear and cut through the mix. Clean or dirty, standard or low-tuned, the clarity is beyond other pickups.

Efficient magnetic structure
The rails/poles are larger than traditional polepieces, and have a very large surface area contacting the magnet. This produces a strong and wide magnetic field which is very touch sensitive and responsive to your playing technique. It also means no dead spots when you bend, even on the pole side.

Height tapered rails
The rails taper up, with the highest point under the D string. Volume of the D string is now increased, which is typically weaker. This gives you more consistent volume overall from string to string.

No moving parts
Non-adjustable poles, along with vacuum wax potted coils and the six screw baseplate, result in a solid pickup with no moving parts. Excess vibration of parts has been eliminated to avoid uncontrollable feedback and squealing. Another benefit is enhanced clarity and response, because when the parts don't vibrate, they more accurately sense string movement.

Universal spacing
The oversize poles and long rails cover a wide string spread, which means the spacing will work with just about any guitar in any position.

Experience this tone breakthrough for yourself. Order today.