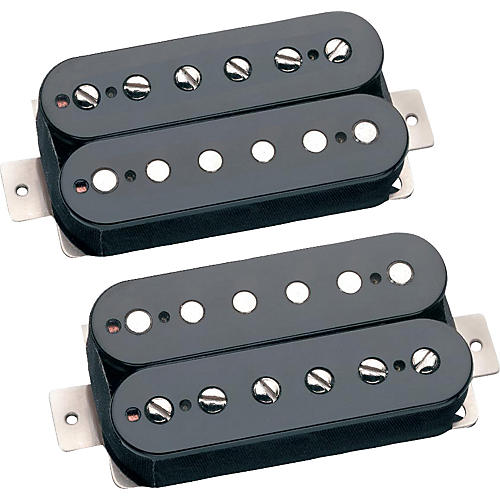 Join For Free
Share your location Order within 7 hrs 48 mins. 12 secs.
In Stock & Ready to Ship Orders placed before 3 p.m. ET usually ship the same business day (except weekends and holidays).
Ship to
Please enter 5 digits
Free Shipping Shipping and Delivery Times If we promise a delivery date and a delivery attempt is not made by this date, we will provide a refund of any shipping fees associated with your order. Questions? Call 800-449-9128
site1sku712624000001000 false true Change Location

When Slash was given the honor of having a Gibson Les Paul Signature model built, Seymour Duncan sent over the same Alnico 2 Pro humbuckers that he has used for decades. Turns out, the new guitars sounded noticeably different than the original. So, Seymour accepted the challenge to make him a new pickup that would make all of his new signature guitars sound just like the original AFD Les Paul. The result is the Slash Signature Model humbucker.

Seymour Duncan used a different mag wire and winding spec that, when combined with the Anico II bar magnet, provided exactly what was needed to push a stock Les Paul toward that familiar sustain, crunch and midrange that was so characteristic of the tone of Slash’s original Derrig Les Paul copy. The Slash humbuckers are hand built in Santa Barbara the same way Seymour Duncan built his originals in the '80s, with a nickel silver bottom plate with long mounting legs, single-conductor braided lead wire, maple spacer, paper tape and wax potting.

In case you were wondering, yes, the set that you buy is exactly the same as what Slash’s mighty tech, Ace Bergman, installs in Slash’s guitars. When the boss needs some new APH-2s, Seymour Duncan pulls them right out of production stock.