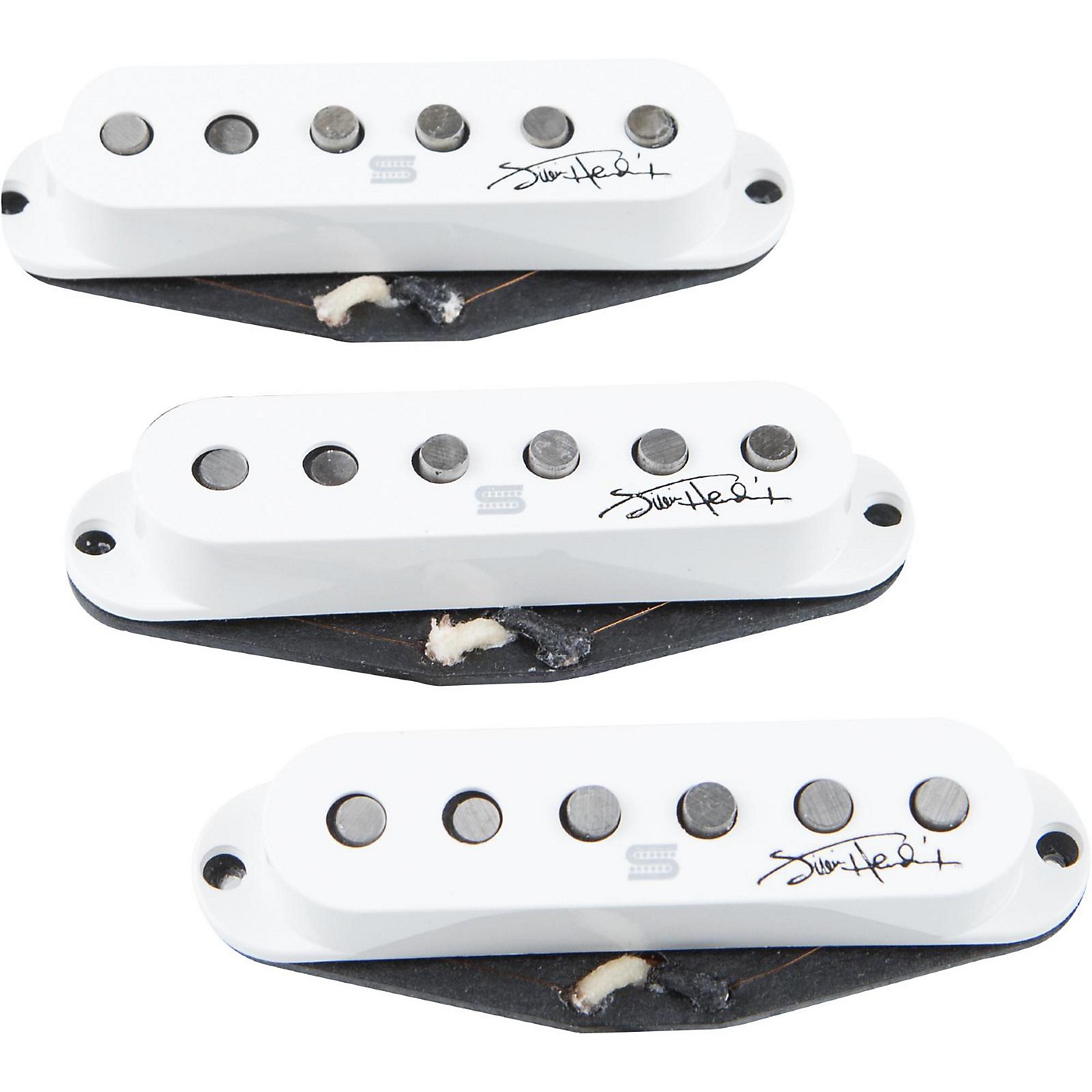 In 1968, Jimi Hendrix played a Strat loaded with pickups hand-wound by Seymour. Fifty years later Seymour Duncan is sharing a piece of that history w...Click To Read More About This Product

In 1968, Jimi Hendrix played a Strat loaded with pickups hand-wound by Seymour. Fifty years later Seymour Duncan is sharing a piece of that history with you.

On a chilly evening in March of 1968, Jimi Hendrix asked a young Seymour W. Duncan to walk his guitar up onstage. That Strat was loaded with pickups Seymour had wound just for Jimi, and that unforgettable night would set in motion Seymour’s future - and his legacy almost five decades later. Now you can be a bit closer to Jimi’s world with this Jimi Hendrix Signature Strat Set.

Like Jimi’s music, the Jimi Hendrix Signature Strat Set pickups have their roots in the traditional but with an eye on the future. Each is custom wound for a richer, melodic tone. The bridge model has an aggressive attack that cuts through while staying true to his iconic lead tone. The neck pickup sounds thick and full and is great for chord work, bluesy melodies, double-stops and Jimi’s signature hybrid chord/melody style. And in the in-between positions there’s plenty of that classic Strat “quack.”

To help you to get even closer to Jimi’s earth-shattering tone, each pickup is made with a reverse magnet stagger to capture the effect of playing a right-handed guitar upside-down and restrung for a lefty.


Put a set in your Strat and prepare to be experienced! Order today!