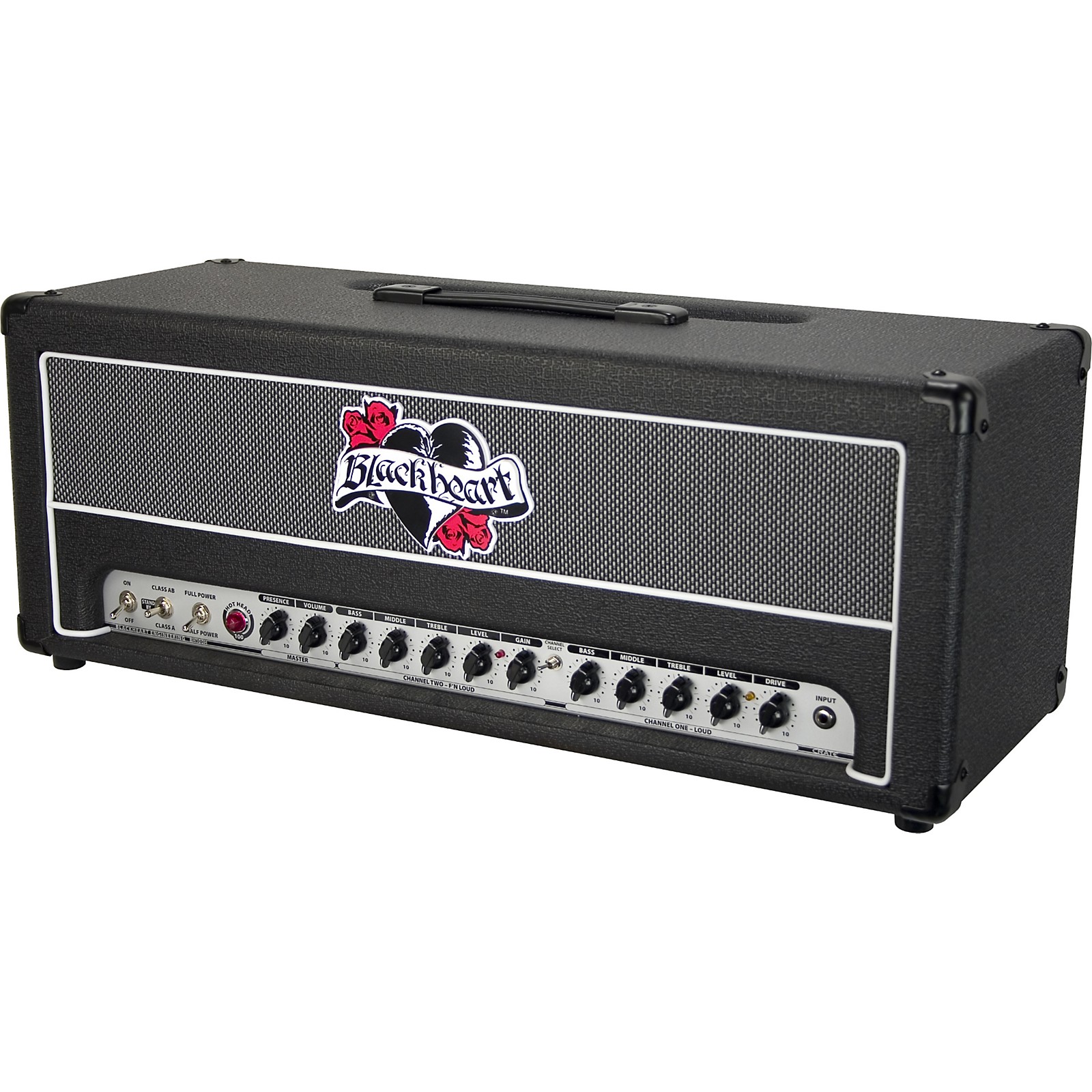 The Blackheart Hot Head BH100H amp head takes the basic plug-and-play attitude of a world-class 100W workhorse head and puts just enough thoughtful features on it to make it the most flexible amp in its class, not to mention several classes up. Talk about corruptive power. Two Power Modes (Class AB and Class A) divisible by Pentode (full power) and Triode (half power) operation put 4 unique, classic and powerful voices right at your fingertips. And you won't need a Ph.D to get amazing tone”whether it's searing rock your face off at full volume riff work or plucky, responsive Class A blues when you're felling all deep and stuff.

All this before you dial in a brilliantly tuned EQ section and reign it all in through the Master Volume and Master Presence controls.
Two-Channels, Separate EQs: The Hothead has two channels (Loud and F'N Loud), each selectable by a mini toggle on the faceplate or remotely via the included footswitch and each voiced through its own, dedicated EQ section. No more switching from one sound to the same sound in the middle of your jam. Dial in two distinct voices and rock on.

Tube Effects Loop/Boost Function with Level Control
Both channels share a Tube Driven Effects Loop that can be run in series or parallel modes (selectable by mini toggle on the amp's rear panel) and then hard bypassed, doubling as a footswitch-activated boost. Send and Return controls act as expected when in Effects loop Mode but allow you to tweak your Boost Volume when your effects are hard bypassed. Admit it...that's cool.