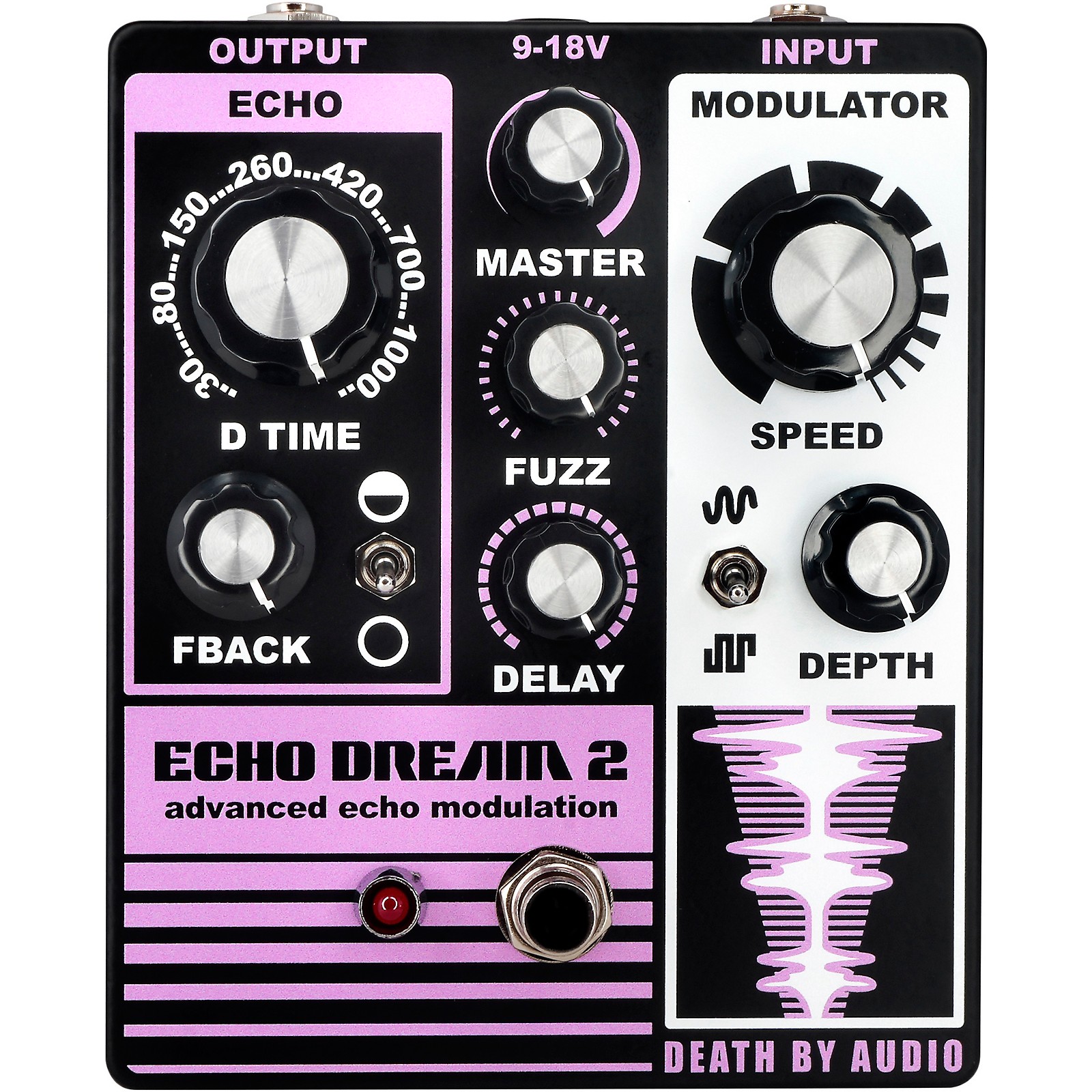 The Death By Audio Echo Dream 2 is a powerful, ethereal delay pedal with otherworldly controls. Push the feedback for vast worlds of colorful sound. ...Click To Read More About This Product

Make your guitar sound like a dream with this versatile delay.

The Death By Audio Echo Dream 2 is a powerful, ethereal delay pedal with otherworldly controls. Push the feedback for vast worlds of colorful sound. Introduce a bit of warble with the modulator for ghastly chorus tones, or a ton of it to absolutely warp the delayed signal. Once your delay is thoroughly warbled, turn up the fuzz and pulverize it into delayed, shattered pieces. This is the preferred echo for recording engineers and touring pros around the world because, simply put, it just sounds that good.

Master: Sets the overall volume
Fuzz: Sets the amount of gain, from clean to fuzzed-out bliss
Delay: Sets the volume of the delayed signal
D Time: Controls the delay time (numbers shown in milliseconds) between 20 ms and 1.2 seconds. Long delay times can create flutter, noise, and distortion.
FBack: Controls the feedback of the delays, from slapback to wild runaway oscillation
Left Toggle: Up for clean blend, down to kill the dry signal and hear only the repeats
Depth: Sets how far the modulator will swing the delay time. At high intervals, the pitch of the repeats will shift several semitones
Right Toggle: Up for a smoother modulator waveform, down for a sharp, square-shaped wave