Join For Free
Share your location Order within 7 hrs 48 mins. 12 secs.
In Stock & Ready to Ship Orders placed before 3 p.m. ET usually ship the same business day (except weekends and holidays).
Ship to
Please enter 5 digits
Free Shipping Shipping and Delivery Times If we promise a delivery date and a delivery attempt is not made by this date, we will provide a refund of any shipping fees associated with your order. Questions? Call 800-449-9128
site1skuJ23881004000000 true MFI=2 true Change Location 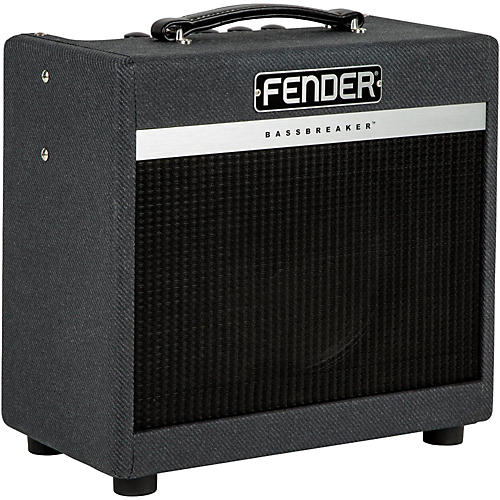 Bassbreaker series guitar amplifiers continue Fender's storied lineage with a kind of "parallel evolution" that evokes the dawn of hard rock. Bassbreaker breaks away from tradition with features that add up to pure tube greatness. Powerful and unpretentious, the Bassbreaker 007 packs quite a punch for its size.

Fueled by a pair of 12AX7 preamp tubes and a single EL84 power tubes for 7 watts of true Class-A amplification, the Bassbreaker 007 Combo features traditional gain and tone controls, and an interesting option—switchable vintage-style treble booster for increased overdrive and added harmonics. Higher gain settings of the 007 are just plain fun, but never mask the dynamics and identity of the guitar.