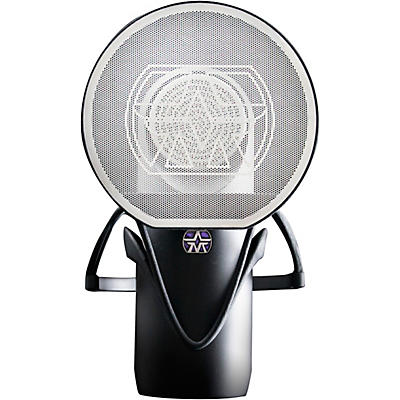 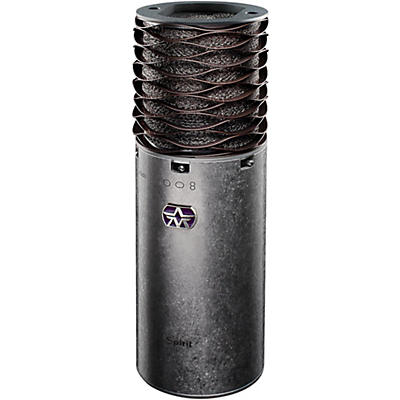 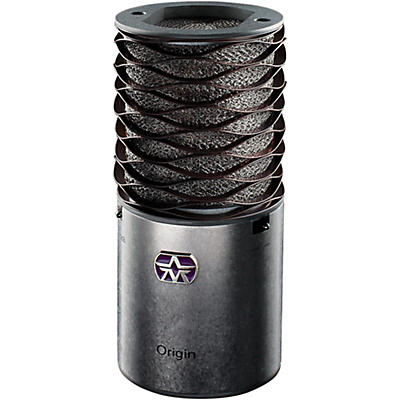 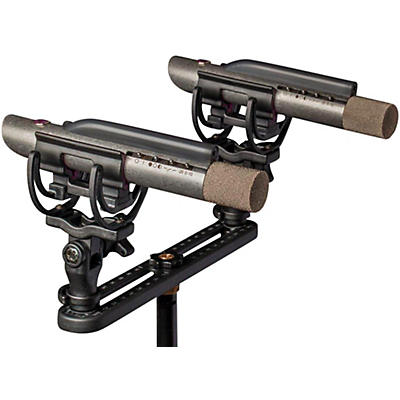 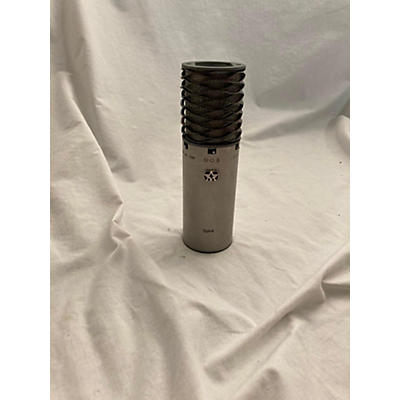 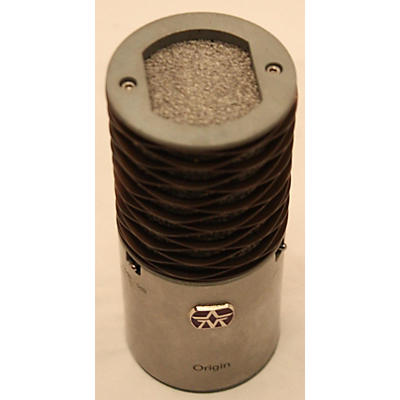 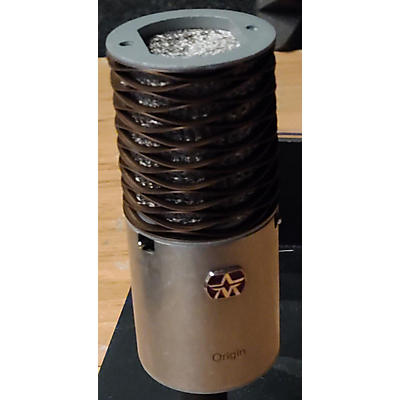 Aston Microphones may be the new kid on the block in the mic industry, but they've already gone a long way to live up to their motto: "The Art of Performance." For starters, these Aston condenser microphones really do look like works of art with their unique styling. Each model is topped with a wave-form mesh head that's as functional as it is distinctive, providing physical protection for the capsule and helping to reduce off-axis sound pickup. At the other end, the XLR connector and stand adapter are integrated seamlessly into the end cap. And since there's internal shock absorption inside an Aston condenser mic, that built-in adapter is all you need to get started.

Choosing the best Aston microphone for your needs depends on what those needs are. For general-purpose studio, broadcast and home recording, check out the Aston Origin Cardioid Condenser Microphone. The cardioid response pattern makes it suitable for most setups, and it's powered by a 1" gold evaporated capsule paired with top-quality internal electronics. Frequency response for the Origin is about as close to flat as it gets from 20Hz to 20kHz, so you'll get consistent performance across the entire range of audible frequencies. This all sounds great, of course, but maybe you're thinking "if only there were other response patterns"? In that case, look no further than the Aston Spirit Multi-Pattern Condenser Microphone. It has all the good stuff from the Origin, including the built-in pop filter and shockmount, while also giving you the choice between omnidirectional, cardioid and figure-8 so you can tailor it to every recording space and situation.

With any sort of high-tech audio equipment, it's all too easy for a manufacturer to focus exclusively on performance or on design. But those are two halves of a bigger whole, and when you're looking to make an investment in a professional-quality mic, it's only fair to demand gear that's received the extra effort to excel in both areas. Aston condenser microphones certainly qualify, with fantastic traits across the board. Styling, performance and ease-of-use are the baseline of what to expect from Aston, so whether this is your first high-end mic or your eighty-first, you're looking at some strong candidates.