true
We are happy to accept your order at MusiciansFriend.com and also through our Call Center. Like most retailers at this time, due to COVID-19, we may experience shipping delays on some orders. We’ll do all we can to get your gear to you quickly.
Price Drop
true Zoom tier2 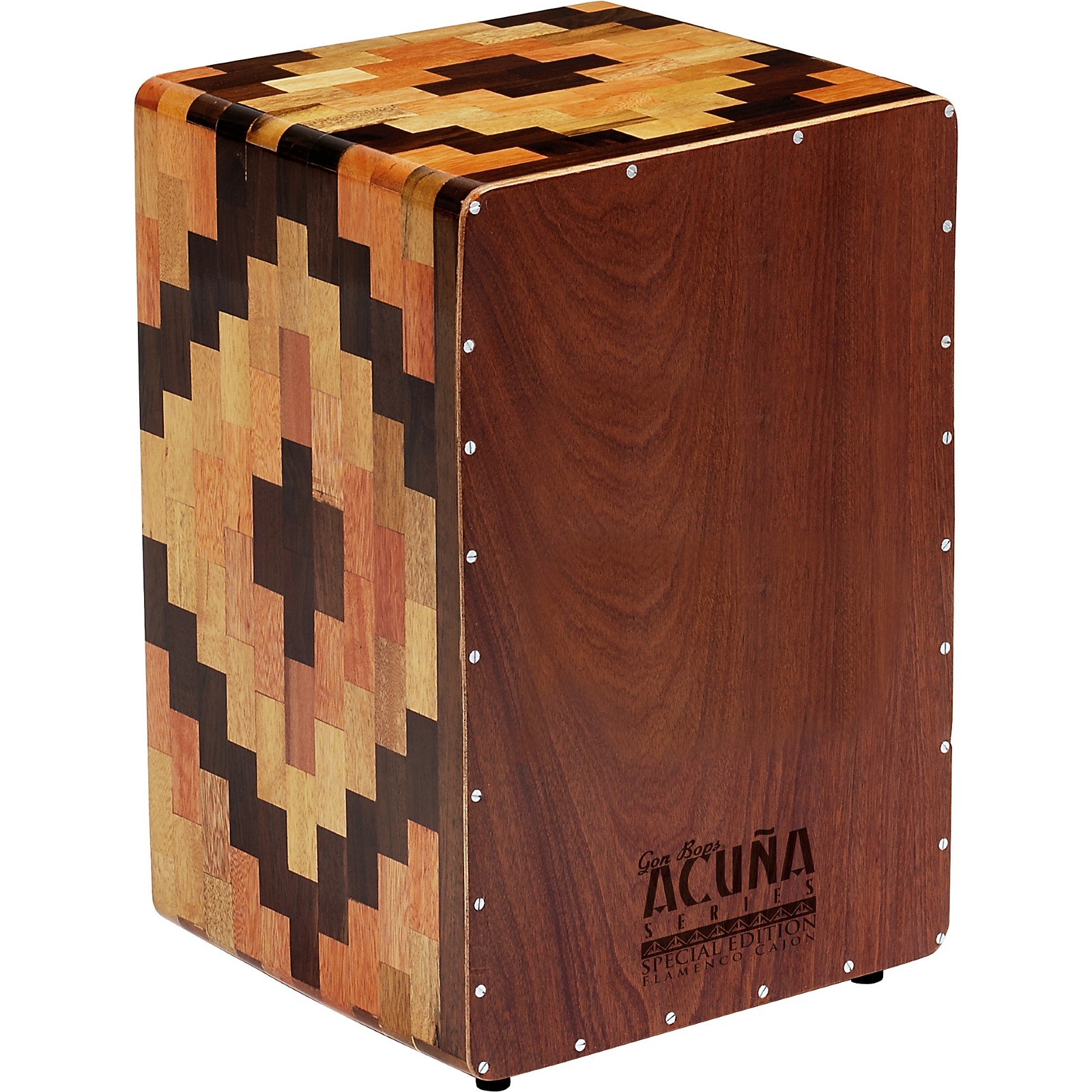 Designed with Alex Acuna himself and constructed in his homeland, this is an authentically Peruvian cajon.

This Alex Acuna Signature Special Edition Cajon was beautifully handcrafted in Peru from Peruvian Mohena with artisan inlays. Alex's favorite flamenco model, this cajon has wires that provide the perfect amount of buzz and resonance-the cajon is excellent for traditional flamenco or for modern applications.

Born in Pativilca, Peru, Acuna played in local bands from the age of ten, and moved to Lima as a teenager. At the age of eighteen he joined the band of Perez Prado, and in 1967 he moved to Puerto Rico. In 1974 Acuna moved to Las Vegas, working with artists such as Elvis Presley and Diana Ross, and the following year he joined the jazz-fusion group Weather Report, appearing on the albums Black Market and Heavy Weather. Acuna left Weather Report in 1978, and became a session musician in California, recording and playing live with (amongst many others): Paul McCartney, Joni Mitchell, Ella Fitzgerald, Jim Walker, Chick Corea, Whitney Houston, Pl¡cido Domingo, Phil Keaggy, Sergeant Petter, Sam Phillips, former Weather Report bandmates Wayne Shorter and Joe Zawinul, Herbie Hancock, Carlos Santana, Antonio Carlos Jobim, Beck, Roberta Flack, U2, and Al Jarreau.

One of the most beautiful cajons we've seen, with the pro sound demanded by Alex.