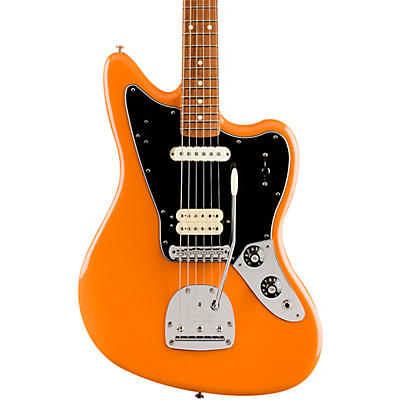 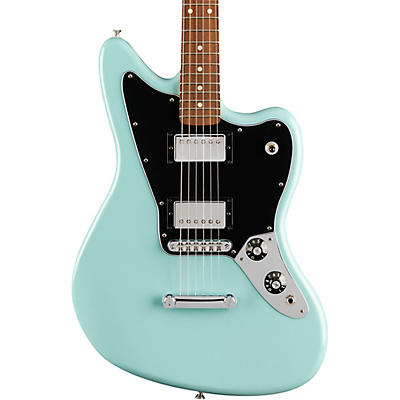 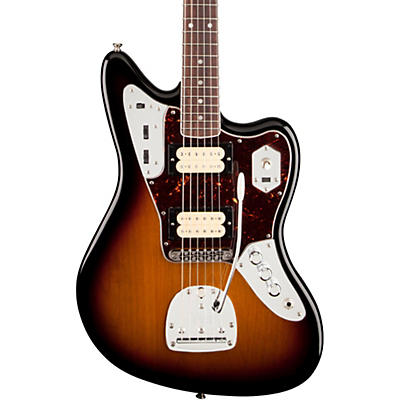 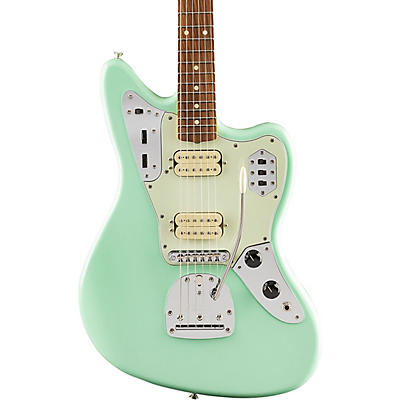 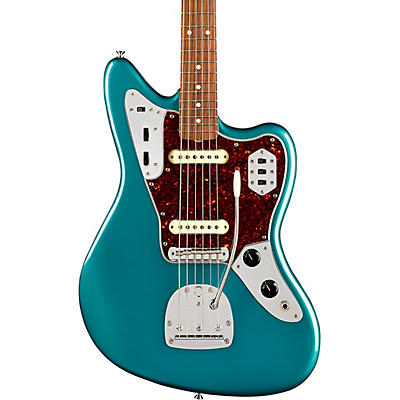 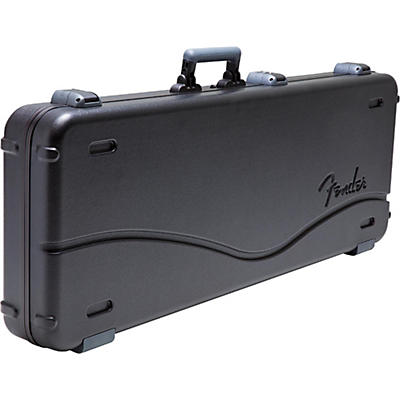 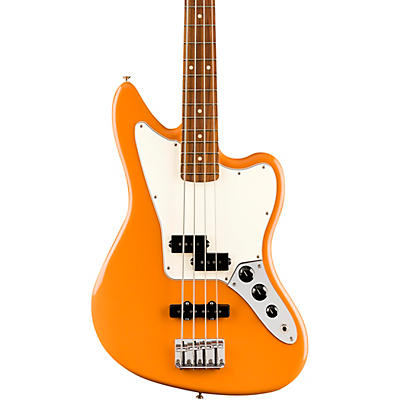 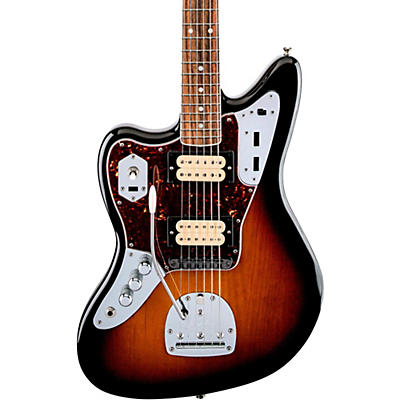 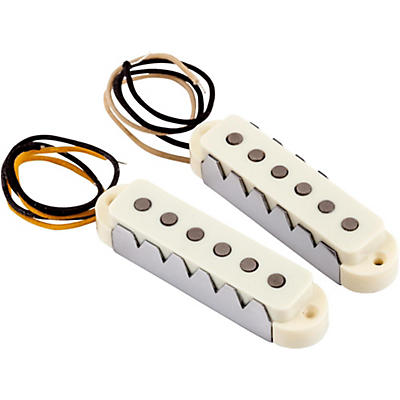 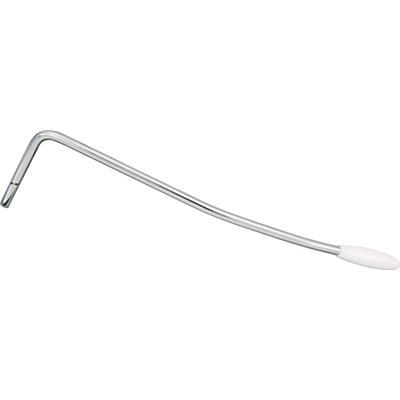 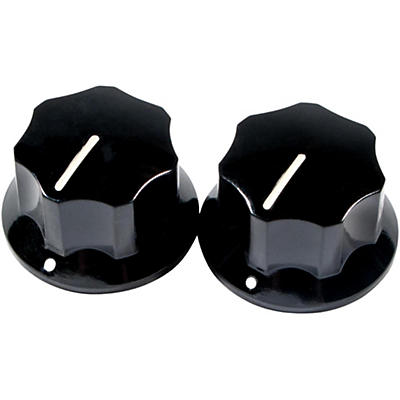 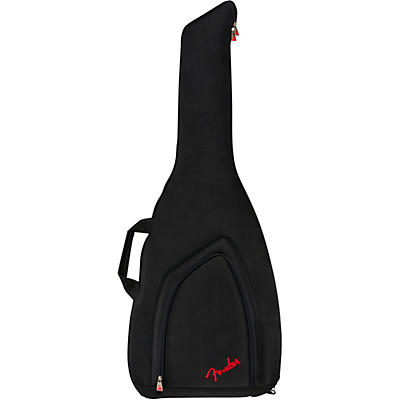 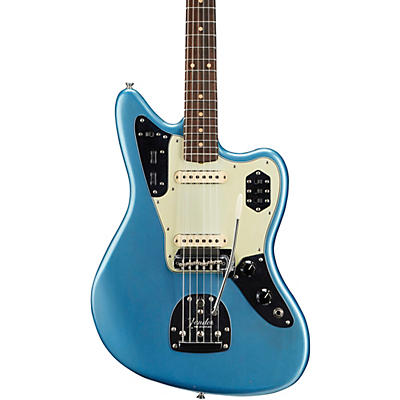 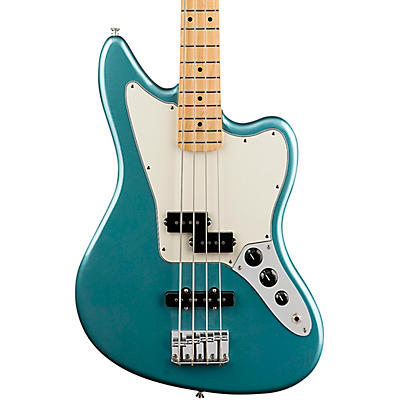 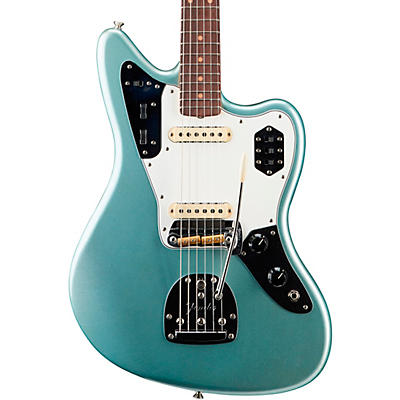 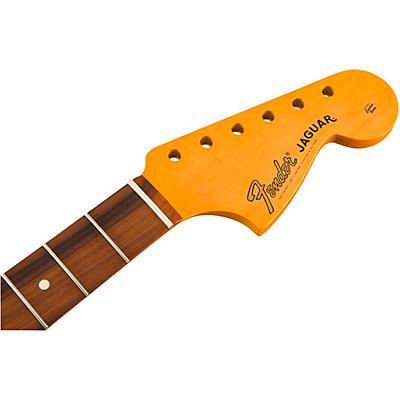 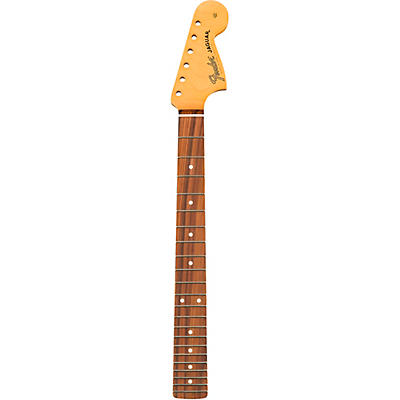 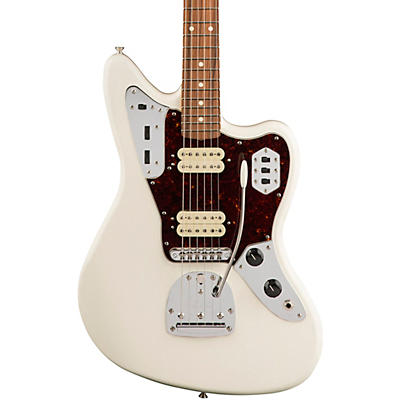 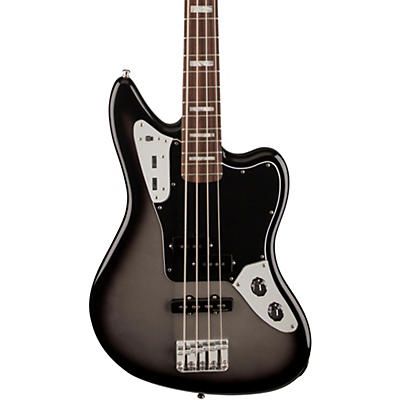 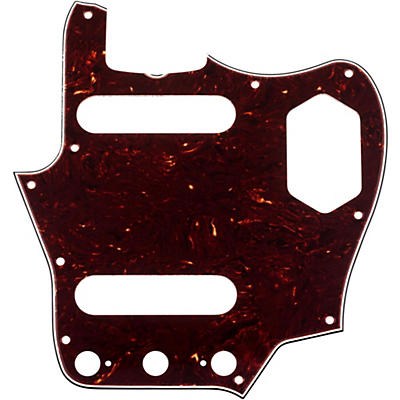 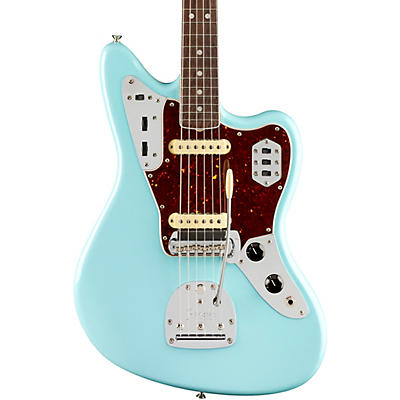 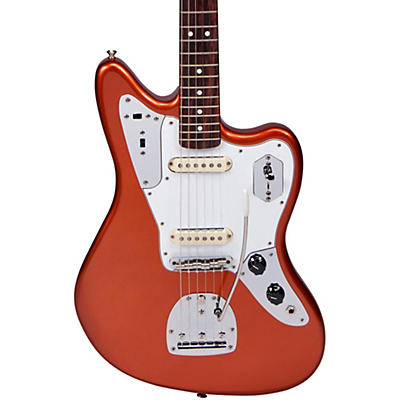 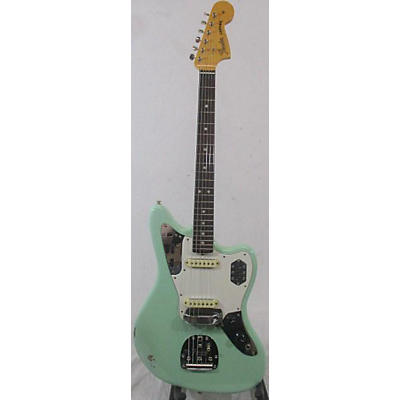 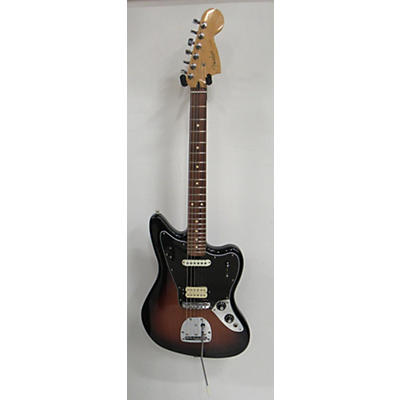 About the Fender Jaguar

The Fender Jaguar was released in 1962 as the new flagship instrument in Fender’s line of electric guitars. Their first three instruments, the Telecaster, Stratocaster and Precision Bass, had become hugely popular with artists in all popular musical genres. The 1958 Jazzmaster design did not gain traction with jazz players quite as Leo Fender had hoped. Instead, it was picked up by a number of guitarists on the growing surf music scene. Fender realized that some of the Jazzmaster’s innovations were responsible for this.

Surf players were drawn to the unique floating tremolo, offset body and rosewood fingerboard of the Jazzmaster. Fender decided to design a guitar that incorporated those features, adding pickups with a sharper, more defined sound. This revised design also had a neck with a shorter scale for easier playing. The result was the Jaguar. At its debut in 1962 a Jaguar in the standard sunburst finish was priced at $379.99, the equivalent of almost $3200 in 2019. These were serious luxury guitars.

Key features of the Jaguar

The Jaguar has several features that make it different from most other Fender electric guitars. These directly contributed to the adoption of the guitar by surf musicians and, later, by punk and new wave artists in the 1970s and 1980s and alternative and grunge artists in the 1990s.

The 24-inch scale length of the Jaguar was a first for Fender. The shorter scale reduces string tension and makes the guitar easier to play. Fender’s previous short-scale instruments, the Musicmaster and Duo-Sonic had been 22.5-inch scales and were considered student instruments, not professional level. In fact, the new scale length proved so popular that it was offered as an option on the two student guitars when they were redesigned in 1964. It was also the default scale length of the new Mustang.

Fender’s design for the floating tremolo was initially developed for the Jazzmaster in 1958. The design was created to address the tendency of the original Stratocaster tremolo to go out of tune if a string broke. This would happen if the bridge was set to “float” enabling the tremolo arm to raise the string pitch as well as lower it. The new system solved that problem by switching to a tremolo tailpiece, rather than bridge, and providing the “Trem-Loc”, which would return the guitar to tune if a string broke, while still enabling the tremolo to function of downward tremolo arm movements.

The Jaguar’s single-coil pickups were given a uniquely flexible set of controls. This new setup provided a wide range of tonality at a player’s fingertips. Master volume and tone knobs provided overall control. The key to flexibility was in the creation of separate lead and rhythm circuits on shiny, chrome control plates. The upper bout holds separate volume and tone thumbwheel controls for the rhythm sound, plus the Rhythm/Lead switch.

The lower bout holds the lead circuit plate. This plate has separate lead and rhythm pickup switches, plus a mid-tone cut. This cut switch was often referred to as the “strangle switch” for its effect on the tone. In combination, these controls gave the Jaguar a wider range of available tone than any other guitar on the market at the time. The American Professional Jaguar provides a simplified version of these controls, with a phase switch replacing the rhythm controls and a four-way blade switch replacing the lead controls.

Today, Fender offers various levels of Jaguar, from their entry-level Squier line right up through some unique Custom Shop versions. Whatever your budget, if the ease of playing, unique looks and versatile tone of the Jaguar is what you are looking for, Fender has a model that will fit you perfectly.
{"sourceCode":"directsourcecode2","paginationNumber":"page 1","siteSection":"fender jaguar","reportSuiteIds":"musiciansfriendprod","pageType":"product collection","displayPerPage":"30","countryName":"united states","sortByType":"best match","pageName":"fender jaguar"}