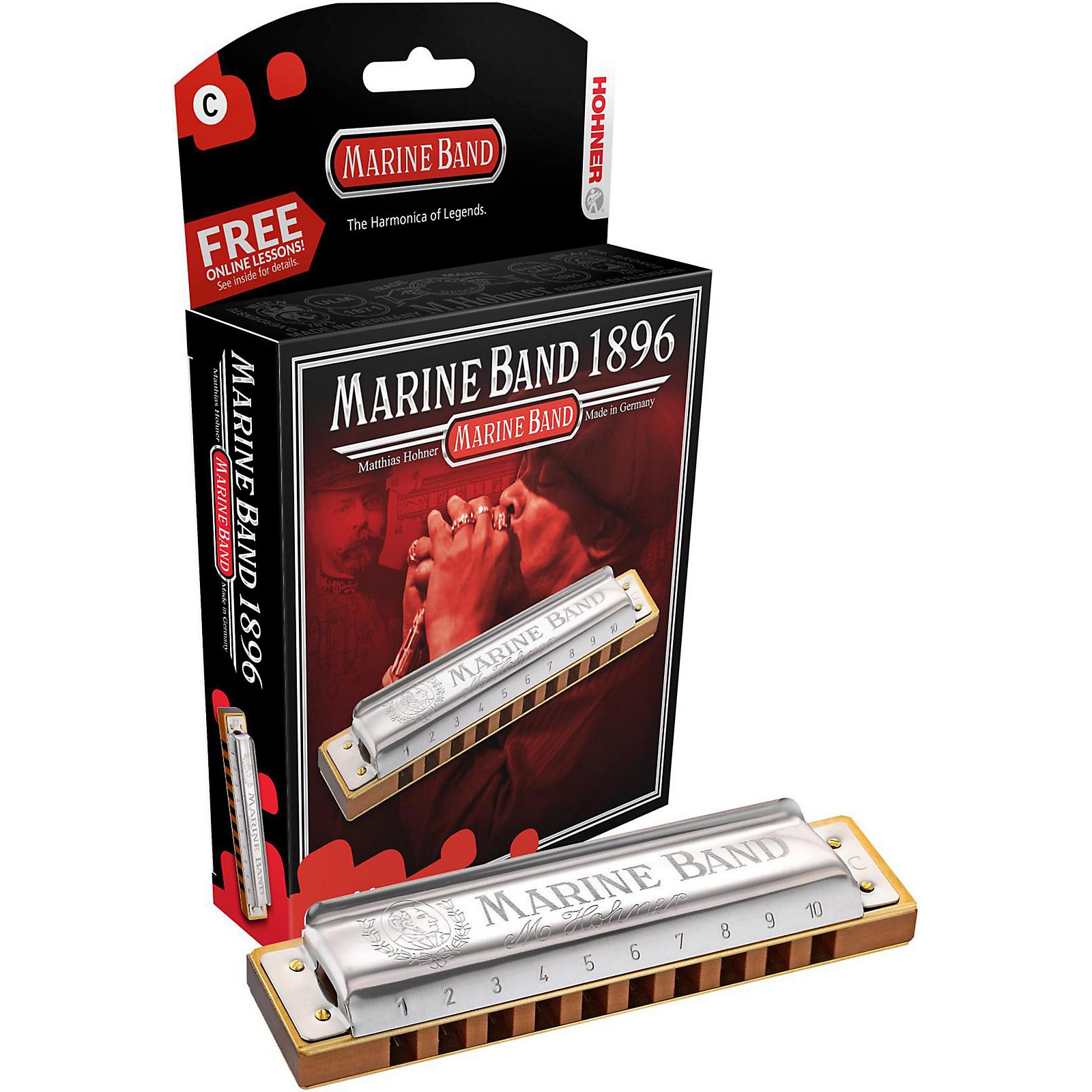 As expert harp player Steve Baker describes in his book, The Harp Handbook, the Marine Band harmonica in Harmonic Minor tuning is in "traditional, mi...Click To Read More About This Product

As expert harp player Steve Baker describes in his book, The Harp Handbook, the Marine Band harmonica in Harmonic Minor tuning is in "traditional, minor diatonic tuning - the blow chord is minor, but the draw chord...is major. In 1st position...it has a sound all of its own, which is great for oriental melodies, tangos or russian [sic] folk music...." In general, it has a very soulful, Eastern European sound. This multi-cultural harmonica is designed to play traditional ethnic music that is important to the heritage of many cultures including: minor eastern European, gypsy, Yiddish, Mediterranean, middle eastern, Asian and European/American folk music, as well as various selections of jazz and classic show tunes.

The harmonic minor-tuned Hohner 1896 Marine Band Harmonica follows in the footsteps of harps played by world-famous musicians like John Lennon, Bruce Springsteen, Little Walter, and Paul Butterfield. The Hohner Marine Band is a number-one choice among top professionals and one of the most recognizable harmonicas all over the world. The Marine Band is known for its full tone, wood comb, and its patented cover plates. The Marine Band harmonica was there when harmonica blues was born. The Marine Band harp is a result of Hohner's over 100 years of tradition and German craftsmanship.

Hohner is a family company founded in 1857 in Trossingen, Germany by Matthias Hohner. Hand-made quality and close attention to detail has set Hohner apart from the beginning. A top leading brand in harmonicas, Hohner harps are distributed worldwide. Hohner harmonicas are played on the street by buskers, in intimate nightclubs, on festival stages, and even in Carnegie Hall. Despite a diverse harmonica line used in music from country to classical genres, the most famous Hohner harmonicas are their simple, 10-hole diatonics used frequently by blues, rock, country, and folk musicians.