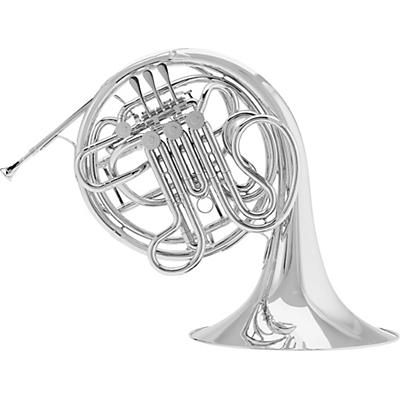 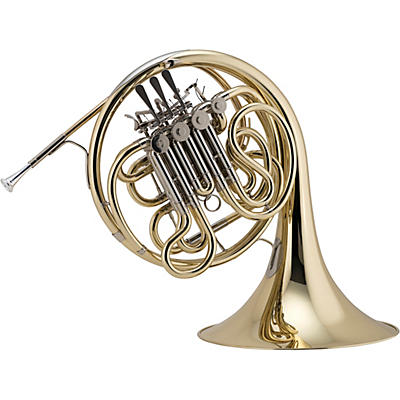 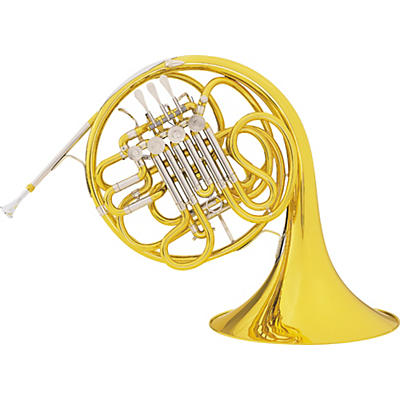 Becoming an experienced builder of brass instruments doesn't happen overnight. It takes years, even decades, of careful craftsmanship to become a world-class manufacturer. Fortunately, Conn has well over a hundred years under its belt, so they've got more than their fair share of expertise. The C.G. Conn Company had a modest start back in the 1870s, but today they're one of the most influential brands in the business, and Conn French horns are great examples of that influence. These instruments have the build and sound quality for the most demanding professional use, backed by a long history with bands and orchestras all over the country.

In the past, French horns were made in keys of F and Bb, with each one filling the gaps in the other's sound. That forced musicians to choose between the two depending on the music they wanted to play, and the solution to the problem was the creation of the double horn. That came around the same time that Conn was getting started, and all of the instruments you'll find in this section are double horns. They're the preferred style for professional use, with a thumb key that allows you to switch between F and Bb tuning on-the-fly.

With the variety of Conn French horns in this section, finding the perfect one for your playing style should be no problem. The flagship model is the 12D Descant Double French Horn Outfit, which has a full set of features including a .468" bore, standard-throat yellow brass bell, stopping valve and removable H section, as well as tapered rotors and bearings. There are also some great affordable options like the 6D Artist Series Double Horn and 8D CONNstellation Series Double Horn.

Whichever Conn French horn you choose, you can count on it to deliver the exceptional performance that Conn is known for. It took a long time for Conn to get where it is today, and the results speak for themselves in the peerless sound these horns produce. Many of the world's best French horn players trust their performances to Conn, and there's no better time to join them.