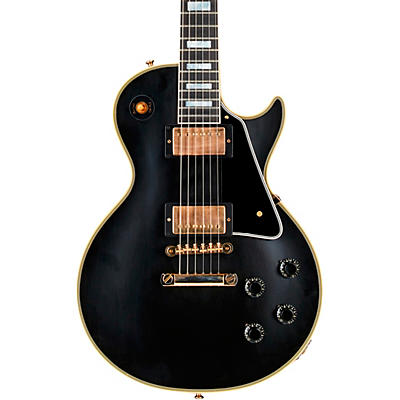 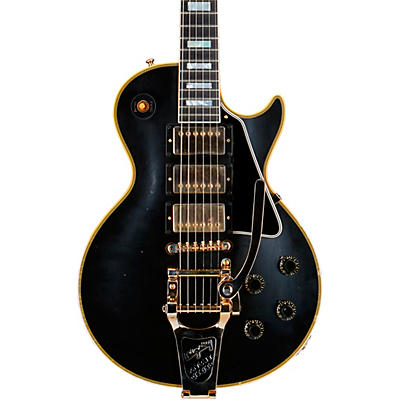 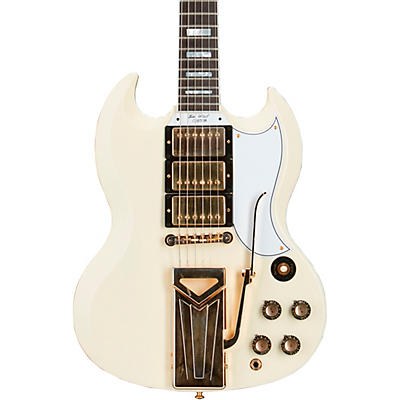 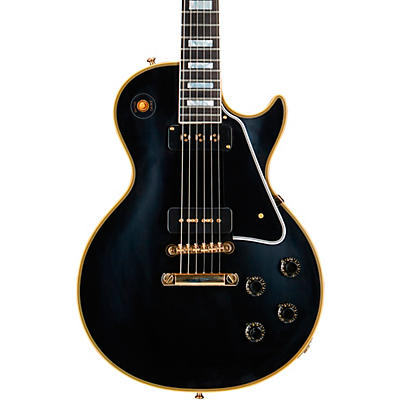 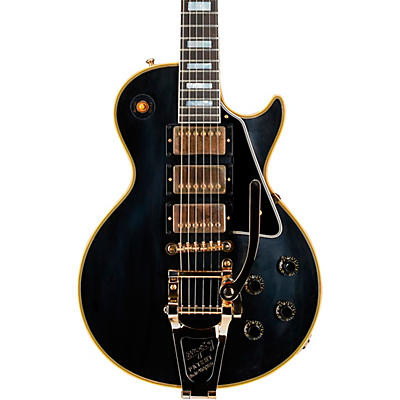 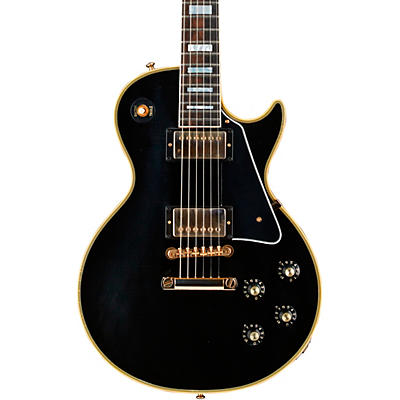 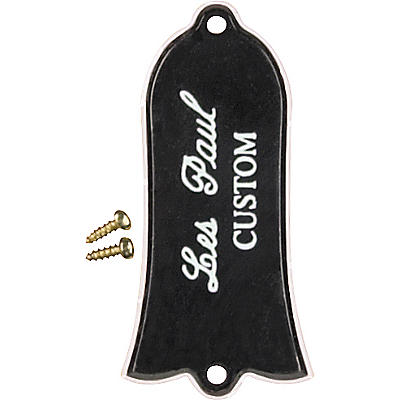 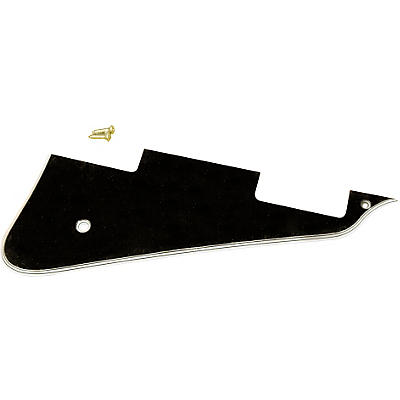 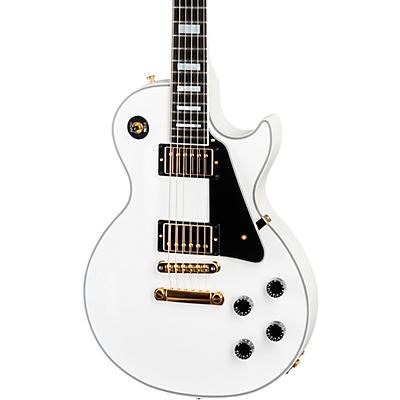 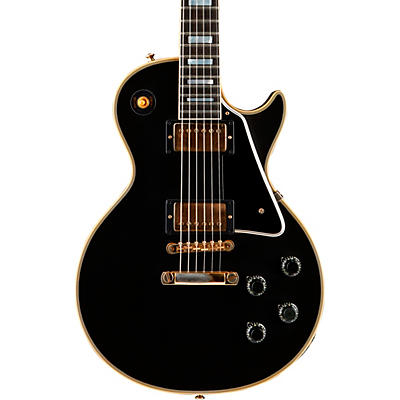 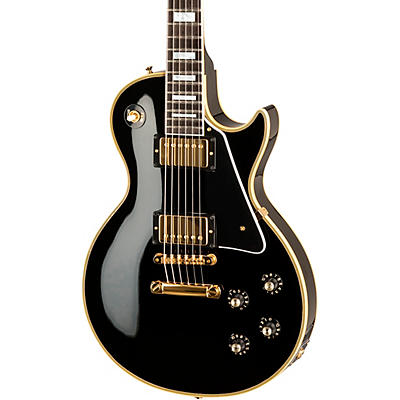 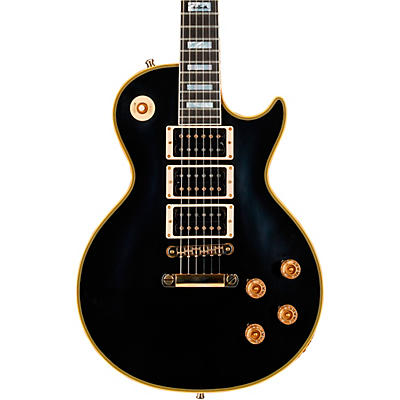 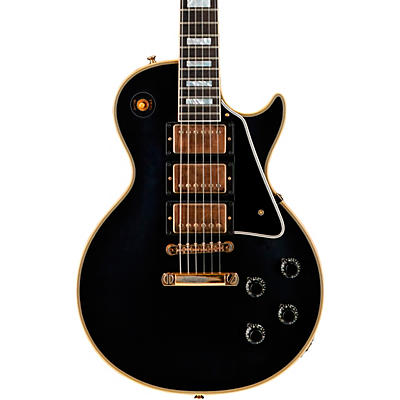 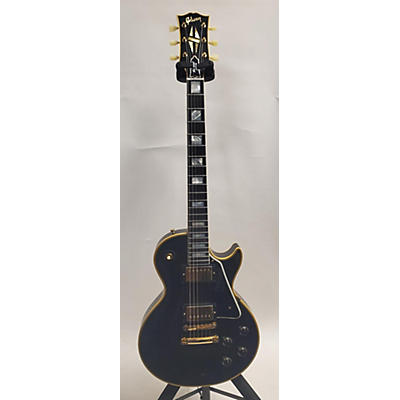 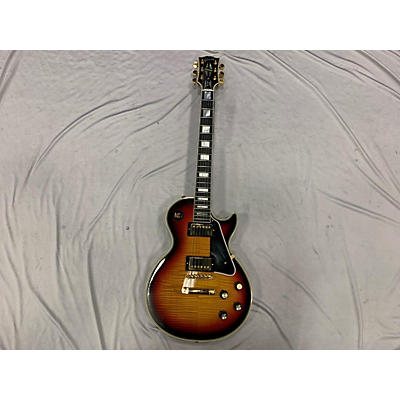 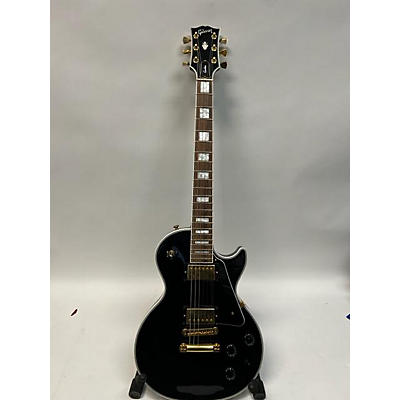 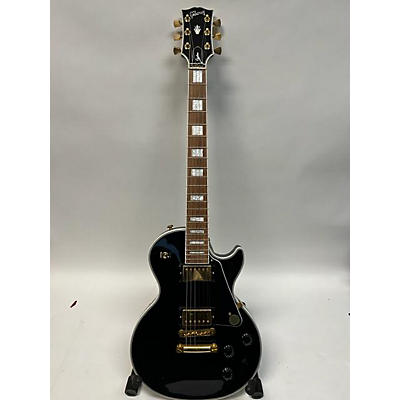 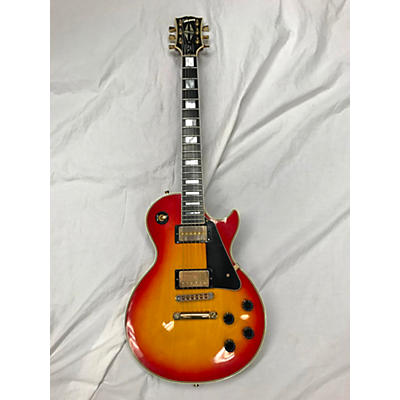 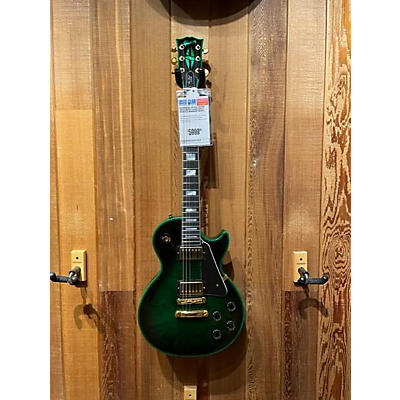 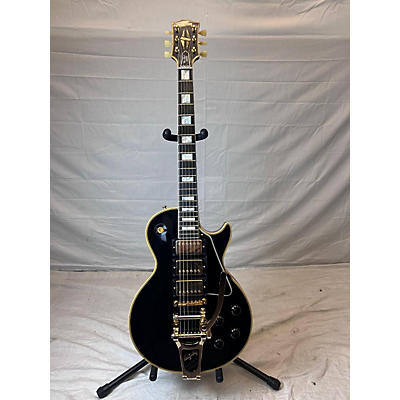 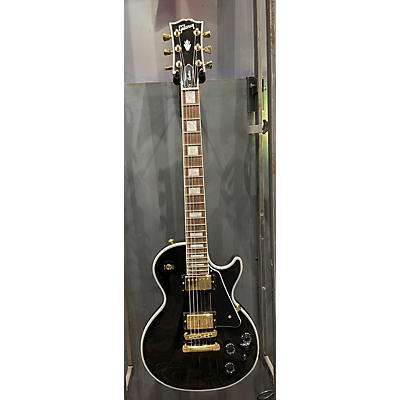 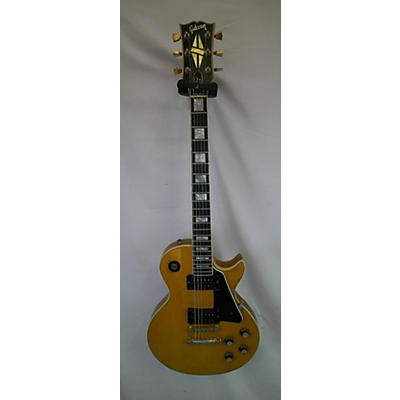 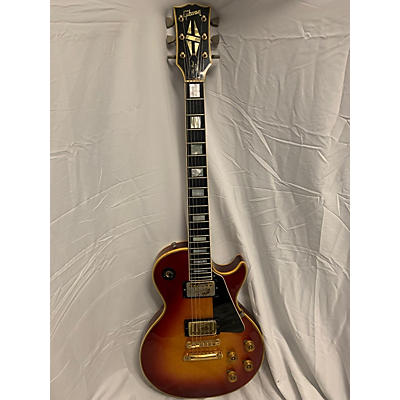 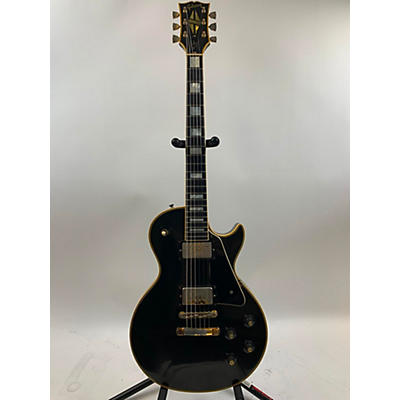 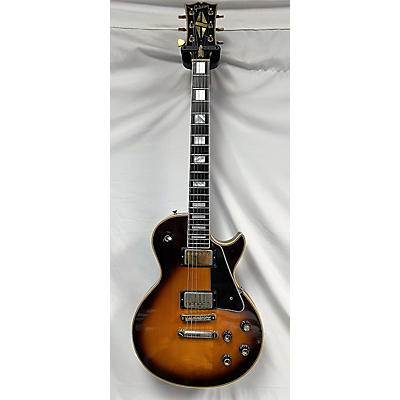 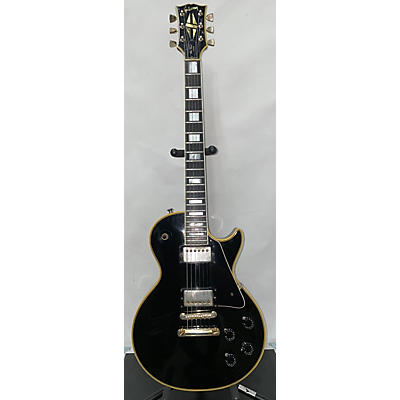 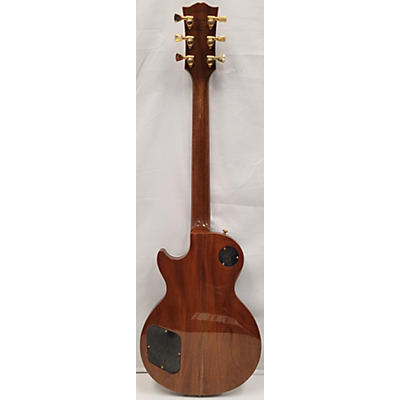 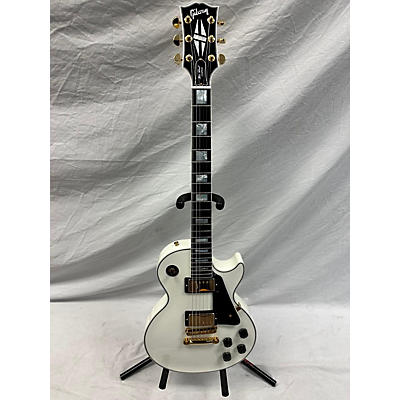 The incomparable Gibson Les Paul Custom guitar, also known as the Black Beauty and the Fretless Wonder in Gibson literature, was the second issue of the iconic Les Paul line. Introduced in 1954, it featured a carved mahogany body in place of the mahogany body with maple cap used on the original Goldtop Les Paul, which debuted two years earlier. The Custom also sported the innovative Tune-o-Matic bridge and stopbar tailpiece in place of the trapeze bridge used on the older model, and was loaded with a P-90 single-coil pickup at the bridge and a seldom-seen Alnico V single-coil at the neck position, easily identifiable due to its uniquely rectangular pole pieces. The guitar was finished in black, because namesake endorser Les Paul thought it looked classy and would fit well with tux-wearing players on stage. Continuing that line of thought, the guitar also featured gold hardware and multi-ply binding on the top and back. By 1957, the Custom was loaded with Gibson's new PAF (Patent Applied For) humbucking dual-coil pickups, in either two- or three-pickup configurations, and with the Bigsby "True Vibrato" unit optional. The single-cutaway version was discontinued in 1961, replaced by the flat-slab twin-cutaway guitar we now call the SG, but which retained the name Les Paul Custom until 1963.

The carved-top, single-cutaway Gibson Les Paul Custom was reintroduced in 1968, and has been a favorite among players and collectors ever since. Jimmy Page used his 1960 3-pickup Bigsby-equipped Custom for much of his mid-60's session work in Britain on an astounding number of pop and rock classics. He also used it on a number of early Led Zeppelin gigs, until it was stolen while on tour in 1970. Factory specs and Page's own recollection of the guitar were the basis for his much-coveted and now-discontinued Custom signature model. Peter Frampton's cherished Custom was featured on the cover of his massively successful "Comes Alive" album. Ace Frehley favored a 3-pickup custom during his glory days with Kiss. Keith Richards was one of the first British rock stars to sport a Les Paul, and frequently used a Custom on stage and in the studio.

Today's Custom is available in a variety of configurations, from the 1954 VOS (Vintage Original Spec) model with Bigsby, to the 3-pickup 1957 VOS, the 3-pickup Ace Frehley "Budokan" replica of the Kiss-meister's 1974 Custom, the 1968 Custom reissue with a stunning 5A quilted maple top, an updated Custom Axcess with Floyd Rose tremolo, and several Limited Edition guitars in a variety of distinctive finishes. Regardless of which version you choose, you really can't go wrong - each Gibson Les Paul Custom is crafted by master luthiers with the utmost attention to detail, and decked out with high-end appointments like multi-ply binding and elegant headstock inlays to provide as much visual appeal as sonic impact.