Join For Free
Share your location Order within 7 hrs 48 mins. 12 secs.
In Stock & Ready to Ship Orders placed before 3 p.m. ET usually ship the same business day (except weekends and holidays).
Ship to
Please enter 5 digits
Free Shipping Shipping and Delivery Times If we promise a delivery date and a delivery attempt is not made by this date, we will provide a refund of any shipping fees associated with your order. Questions? Call 800-449-9128
site1skuL26697000001000 true MFI=8 true Change Location 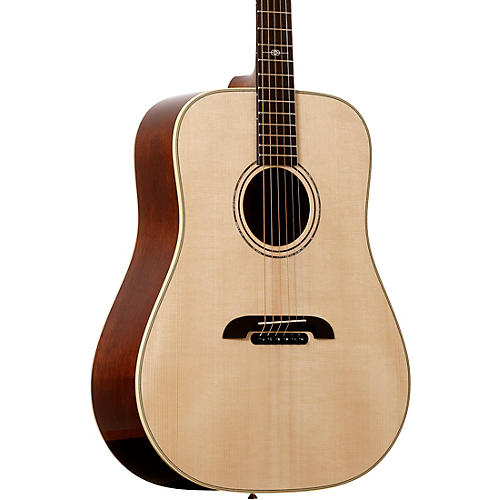 Crafted from seasoned Honduran mahogany (at least 40 years) for a lightweight instrument with an open, warm voice.

The Yairi DYM60HD Masterworks Dreadnought Adirondack acoustic guitar has a solid, Honduran mahogany body that has been paired with AAAA Adirondack spruce. Sonically, it's incredibly full and powerful with huge clear bass and mids. They’re almost intuitive in the way they respond, and captivating in the way they draw the player in and take them away. You will lose hours in your day playing one of these amazing instruments.

The Yairi DYM60HD Masterworks does everything you’d expect from a correctly designed dreadnought and more. Made from AAAA North American Adirondack spruce, Honduran mahogany (naturally seasoned for 50 years) and ebony components, this guitar has incredible genes. The quality and seasoning of these woods help to make this guitar very light in weight. This helps in several ways when it comes to tone. The guitar is alive and extremely responsive. The added stiffness of the Adirondack helps in creating more energy, and when paired with the mahogany, generates a stunning warm and open voice with powerful, clear bass and middle frequencies. The trebles are a little darker than Alvarez's rosewood guitars and have roundness to them, plus a bell-like quality.

Drive the Yairi DYM60HD Masterworks Dreadnought as hard as you wish and it will keep responding, even to extremely heavy strumming or flatpicking. Approach the guitar with a lighter attack or fingerstyle playing and its instant response is even more apparent. The speed of which the DYM answers you is instantaneous.

The guitar has custom, hand-cut FST2 bracing which is a forward shifted X, and the top is expertly tuned during the carving of this system. The one-piece mahogany neck has been spoke shaved by hand and the other appointments include the sublimely accurate Gotoh 510 tuners, bone saddle and nut, flawless, thin poly finish and subtle Paua abalone and mother-of-pearl inlays.

The Story of How It Came To Be
This magical line of Yairi Masterworks acoustic guitars came about, almost by accident, as Alvarez-Yairi designers were detailing the specs of a guitar for a wonderful player named Jack Pearson. It was thought that Adirondack spruce paired with Honduran mahogany would be the best combination needed for Jack’s tonal requests.

Mr. Yairi amassed an incredible amount of tonewood throughout his life and although most is in or around the factory, some was stored on a piece of land he owned some miles away. The Alvarez team would go and see the wood on every trip to Kani, it became a ritual after lunch, but because most of the supply had darkened due to the elements making them unsure what all of it was. Looking back now, Mr. Yairi may have been thinking, "One day they will realize what is in here."

Well that day came. Suspecting that Mr. Yairi had a supply of Honduran mahogany on his piece of land they travelled there again, and what they found in terms of tonewood was pure gold; perfectly conditioned billets of old growth Honduran mahogany that had been naturally seasoning for around 50 years…unbelievable.

Had Alvarez's team not discussed Honduran mahogany for Jack’s guitar they may have never discovered such a treasure. This series celebrates this amazing wood, arguably the best tonewood of all, and it also celebrates Mr. Yairi’s lifelong (and beyond) commitment to his art.

Honduran Series are some of the best guitars Alvarez-Yairi have ever made and offer incredible value for such highly specified, inspiring handmade instruments.

Experience vintage tone right out of the box. Order today.