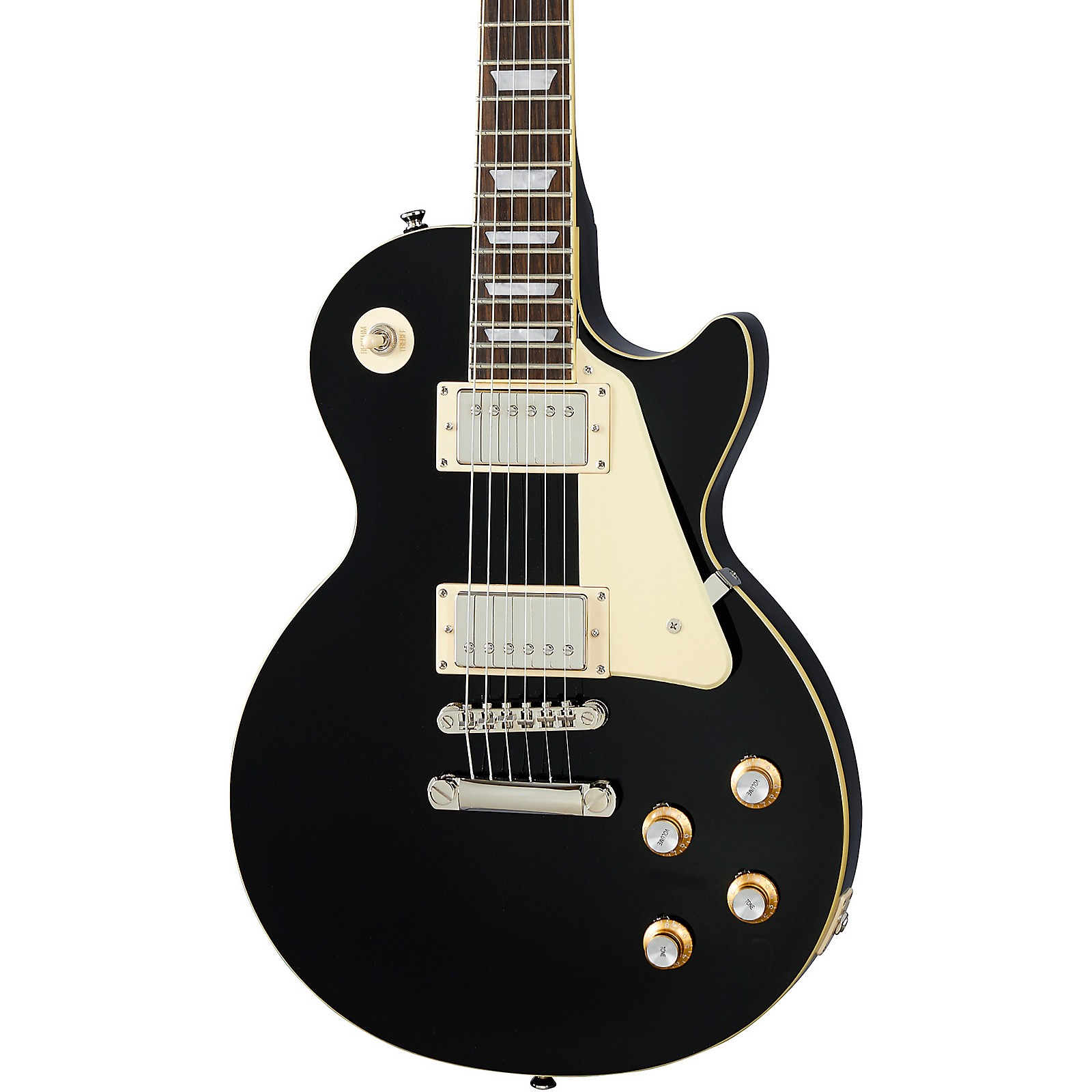 The Epiphone Les Paul Standard ’60s model is part of the “Inspired by Gibson” collection, and it shows. With a mahogany body capped with flamed maple...Click To Read More About This Product

The Epiphone Les Paul Standard ’60s model is part of the “Inspired by Gibson” collection, and it shows. With a mahogany body capped with flamed maple, a set mahogany neck with a slim profile, redesigned headstock and 2 ProBuckers, this Standard has a whole-lotta Gibson for an Epiphone. If you’ve been searching for a guitar with maximum mojo for your money, the Epiphone Les Paul Standard ’60s should rank high on your list.

Gibson’s original PAF (Patent Applied For) pickups are some of the most sought-after humbuckers in history. They are the sound of British blues. Epiphone’s ProBuckers are built with the same tone in mind—warm and fat. The Les Paul Standard ’60s features 2 ProBuckers with dual volume and tone controls wired with CTS pots.

Epiphone’s AA maple top adds clarity and spank to the mahogany body. This wood combination has been with the Les Paul Standard since the beginning. The mahogany neck has a slim taper ’60s C-shape. Finally, check out the headstock—it’s a redesign that is closer to Gibson’s “open book” headstock, but with enough variation to give the Epiphone a new identity.

We think this Standard is a standout in the Epiphone line. If you want a ‘Paul with a comfortable neck and classic sounds, the Epiphone Les Paul Standard ’60s is worth a deeper dive.
FEATURES