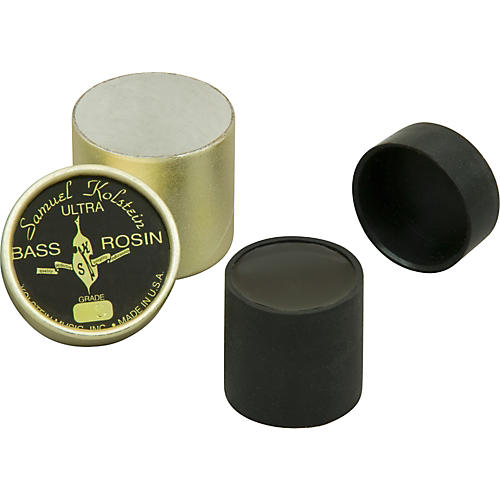 Join For Free
Share your location Order within 7 hrs 48 mins. 12 secs.
In Stock & Ready to Ship Orders placed before 3 p.m. ET usually ship the same business day (except weekends and holidays).
Ship to
Please enter 5 digits
Free Shipping Shipping and Delivery Times If we promise a delivery date and a delivery attempt is not made by this date, we will provide a refund of any shipping fees associated with your order. Questions? Call 800-449-9128
site1sku582700000902000 false true Change Location

All Weather $13.50 { "name": "All Weather", "skuUrl":"/orchestral-strings/kolstein-ultra-formulation-supreme-bass-rosin/582700000904000", "status": "backorderable", "statusText": "Back Order", "pimStatus": "R1", "inventoryText": "Order Now!", "inventoryKey": "back_order", "availableDate": "02-28-2023", "price": 13.50, "formatedIntegerValue": "13", "decimalValue": "50", "isOnSale": false, "easyPayOptions":"0,0,300003,6 Months Promotional Financing,null,Special 6-month 6-month special,13.5,true,/pages/Gear-Card-Rewards.gc,false,106,,/Special-Financing-Offers.gc,{primaryMonths}-month special financing,with no minimum purchase ,{secondaryMonths}-month financing,available on purchase of ${eligibleOrderValue} or more. Limited time,Get Details.,+ ${backInRewardsNum} back in rewards,No Interest if paid in full within 6 Months* On qualifying purchases thru 12/31/2023 made with your Musician's Friend Platinum credit card. Interest will be charged to your account from the purchase date if the promotional purchase is not paid in full within 6 months. Minimum monthly payments required. *Qualifying purchase amount must be on one receipt|| excluding the following: Open box gear and gift certificates. Cannot be combined with promotional coupons. No interest will be charged on the promo balance if you pay it off|| in full|| within the promo period. If you do not|| interest will be charged on the promo balance from the purchase date. The required minimum monthly payments may or may not pay off the promo balance before the end of the promo period|| depending on purchase amount|| promo length and payment allocation. Regular account terms apply to non-promo purchases and|| after promo period ends|| to the promo balance. New Account APR is 29.99%/Minimum Interest Charge is $2. Existing cardholders: See your credit card agreement terms. Subject to credit approval. ", "msrp": 16.95, "salePrice": 13.50, "listPrice": 13.50, "isPriceDrop": false, "priceDropPrice": "", "savingPercent": "0.00", "promos":["freeShipping","topRated","topSeller","guarantee"],"freeWarrantyAvail": false, "sku": "site1sku582700000904000", "displaySku": "582700 000904000", "serialized": false, "stickerDisplayText":"10% off $99+ / 15% off $199+ w/ Code: FESTIVE", "downloadable":"false", "shipsFree":true, "condition": "New", "priceVisibility": "", "scene7SetID": "MMGS7/582700000904000_MEDIA_SET", "inCheckoutPromo":"false", "invMsgVendorDropShip":"false", "invMsgOverSized":"false", "invMsgBackOrdered":"true", "invMsgPreOrder":"false", "invMsgPromiseDate":"03-10-2023", "fakeInvMsgPromiseDate":"", "invMsgAvailability":"Order Now!", "invMsgDetail":"This item is backordered but is available to reserve now. You will not be charged until the item ships.", "invMsgAddOnText":"", "invMsgCurrent":"Order Now!", "invMsgAfterCutoff":"", "orderCutoffTime":"Mon Dec 05 08:00:00 PST 2022", "twoDayShippingSourceStatus":"", "currencySymbol": "$", "styleImgUrl": "https://media.musiciansfriend.com/is/image/MMGS7/Ultra-Formulation-Supreme-Bass-Rosin-All-Weather/582700000904000-00-140x140.jpg", "styleImgAlt": "Ultra Formulation Supreme Bass Rosin All Weather", "freeGiftWarning":false, "freeGiftWarningTips":"", "kitCarouselItems": [], "pdpLoyaltyPoints":"112", "pdpLoyaltyPointsMultiplier":"1.0", "checksum":"11317709475", "restrictionType":"", "restrictionError":"" }

Overview
Kolstein Rosins are specifically formulated for the upright bass, offering strong, even adherence, long lasting power, and extremely low powdering. It has an indefinite shelf life made possible by a continual wetting agent in the formula which prevents crystallization, permitting easier application and minimum powdering while playing, and also prevents the rosin from drying out with age.


A History of Kolstein Rosins

Upon analyzing the rosin situation of the modern day violinist, violist, cellist and bassist, it became apparent that the need for a consistent rosin specifically formulated for each instrument was greatly needed. Prior to the development of Kolstein's Formulation Supreme Rosins, rosin was generically made for all instruments with players being forced to use rosins which were not formulated with the individual instrument's requirements. For that matter, the violin, viola, and cello players were using identical cakes of rosin.

Kolstein's Formulation Supreme Bass Rosin has corrected this problem. Through much tedious research and experimentation, the results has produced the Kolstein Rosins specifically formulated for the standup bass and for individual players needs. For the bassist, there is an option of hard, all weather or soft grade to accommodate personal needs.
In producing the Kolstein Bass Rosin line, the most stringent product control exists, entailing:

exact measurement of the finest ingredients in strict accordance with the developed Kolstein formulas.
pouring into silicon molds to ensure uniform hardening and avoid thermal cracking.
adhering to a required minimum curing period for predetermined time.

Packaging design for Kolstein's Formulation Supreme Rosin has been created with the musician's convenience in mind. The Kolstein Bass Rosin has just gone through a most impressive redesign in packaging. It now is contained in a roll-down silicon cup, allowing the bassist to easily roll down the cup to expose rosin for application - then allowing the player to roll up the cup to protect the bass rosin while being stored. Truly an amazing design¦ makes the Kolstein Bass Rosin even greater than ever and more desirable.
Kolstein's Formulation Supreme Bass Rosin has truly answered the need of the discriminating player who is striving for a specific formulation of rosin to compliment their bow and instrument, offering strong, even adherence, long lasting power, extremely low powdering combined in a richly textured blend of rosins.

With the disappearance of the fine old rosin makers of past years whose rosins were held in high esteem, and the elevated achievements in playing capabilities, there has been a great need to fulfill the requirements of the more discriminating musician. Kolstein's Formulation Supreme Bass Rosin, the result of over forty years of dedicated research and development for the professional players' needs, has recognized this void and is supplying the player with a rosin of greater and more even adherence, longer lasting power and superior packaging.

As with all Kolstein's Formulation Supreme Bass Rosin, the musician will attain a rich, tonal quality, unlike other rosins which have a tendency to be gritty and gum up the bow hair in certain geographical and climatic conditions.
Shop with a Friend
Free Shipping Learn More
2-Year Free Warranty on Guitars