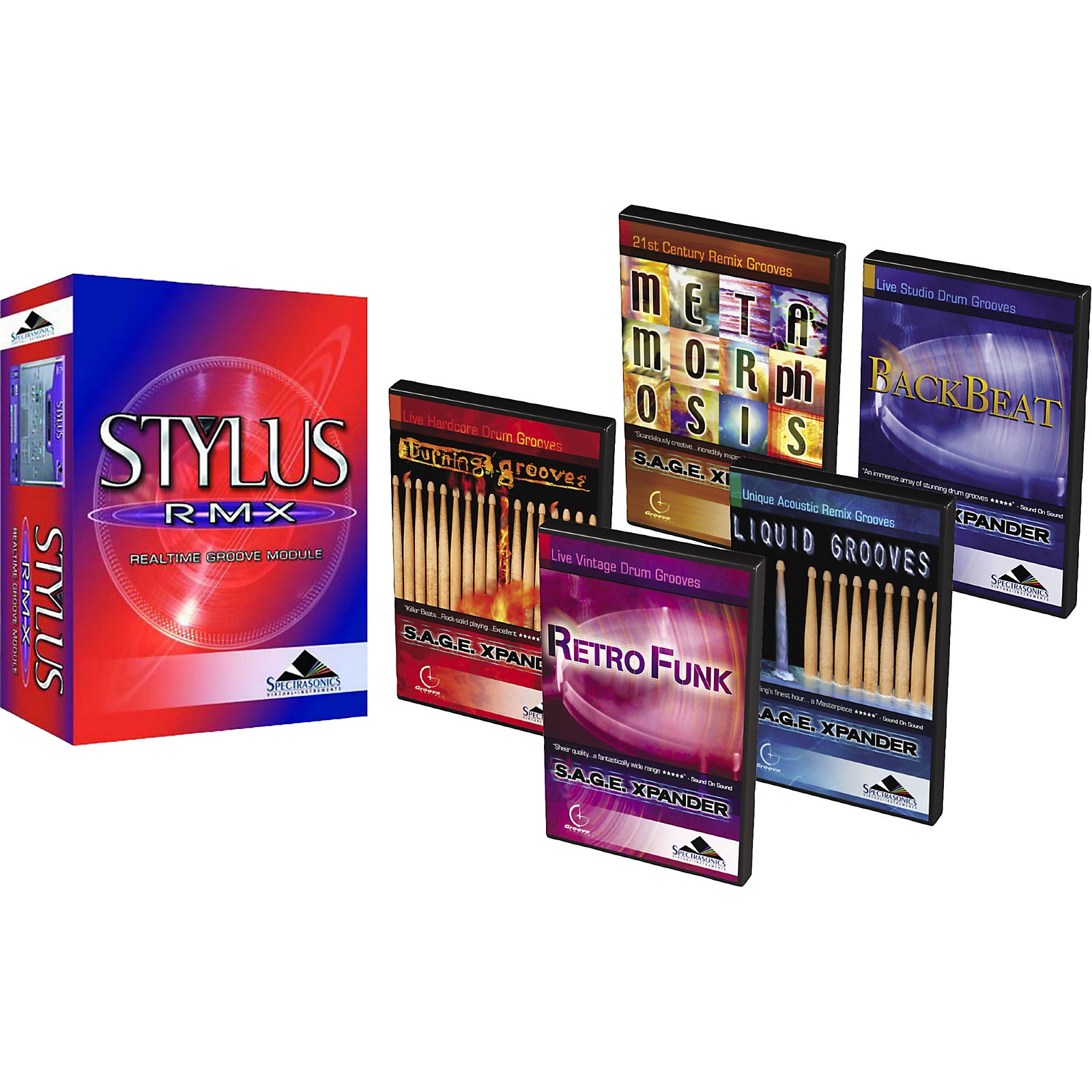 The Stylus RMX is a new virtual instrument plug-in for both Macintosh and Windows that combines Spectrasonics' Groove Control with Spectrasonics Adva...Click To Read More About This Product

The Stylus RMX is a new virtual instrument plug-in for both Macintosh and Windows that combines Spectrasonics' Groove Control with Spectrasonics Advanced Groove Engine (S.A.G.E.) technology for dramatic new control over groove production and performance. Spectrasonics' in-house development team created it from the ground up, with dozens of new features including the ground-breaking Chaos Designer, a completely redesigned multi-page user interface, a new core library of sounds, all with a focus on realtime groove creation and performance.

New Core library
The massive new 7.4GB core library in Stylus RMX has thousands of cutting-edge grooves and sounds that were created by Spectrasonics' international sound design team, and produced by Eric Persing. The new core library contains nearly triple the amount of sounds originally offered in the original Stylus, as well as all the original material. The new sounds and grooves in Stylus RMX offer a much wider range of modern musical genres than its predecessor. Mixes of grooves are broken down into individual tracks called Elements for flexibility and infinite combinations.

Also new in Stylus RMX are thousands of new Kit modules, as well as user Kit construction. The new sound menus have over 10,000 new single hits, all arranged in organized categories. Users can create their own customized multitrack remix grooves and kits, save them into the plug-in, and even share them with other Stylus RMX users on different platforms and hosts. It's the ultimate remix-oriented sound module for building grooves.

Chaos Designer
Of the many new capabilities, possibly the most innovative feature is the Chaos Designer. With simple controls, the user can introduce musical chaos into the groove, which allows it to have constantly evolving variations. This gives the impression that the audio grooves are improvising. The results can be subtle or extreme by setting the simple-to-use controls. A Capture feature allows the spontaneous audio chaos patterns to be turned into a MIDI file, then dragged-and-dropped into the host sequencer, and played back again for further editing by the user.