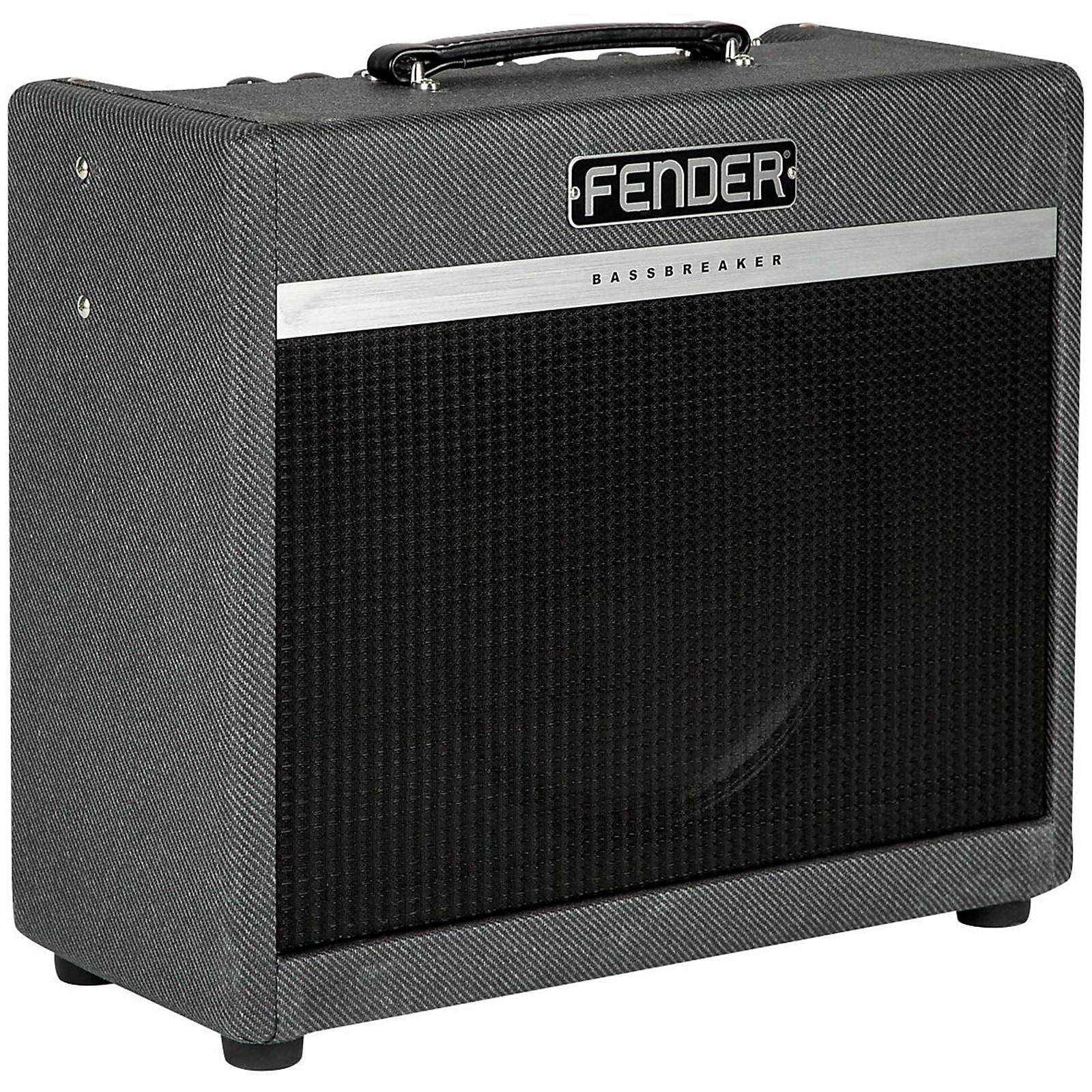 Supercharged with a plethora of flexible features, the Bassbreaker 15 is a top-notch performer for stage or studio. This chameleon-like amp creates i...Click To Read More About This Product

Supercharged with a plethora of flexible features, the Bassbreaker 15 is a top-notch performer for stage or studio. This chameleon-like amp creates its magic with a trio of 12AX7 preamp tubes feeding into two EL84 power tubes for 15 watts of tight, modern tone. The updated three-position Gain Structure switch gives the amp three distinct "boutique" voices, ranging from mild to wild. They're all tasty and touch-sensitive without masking the character of the guitar.