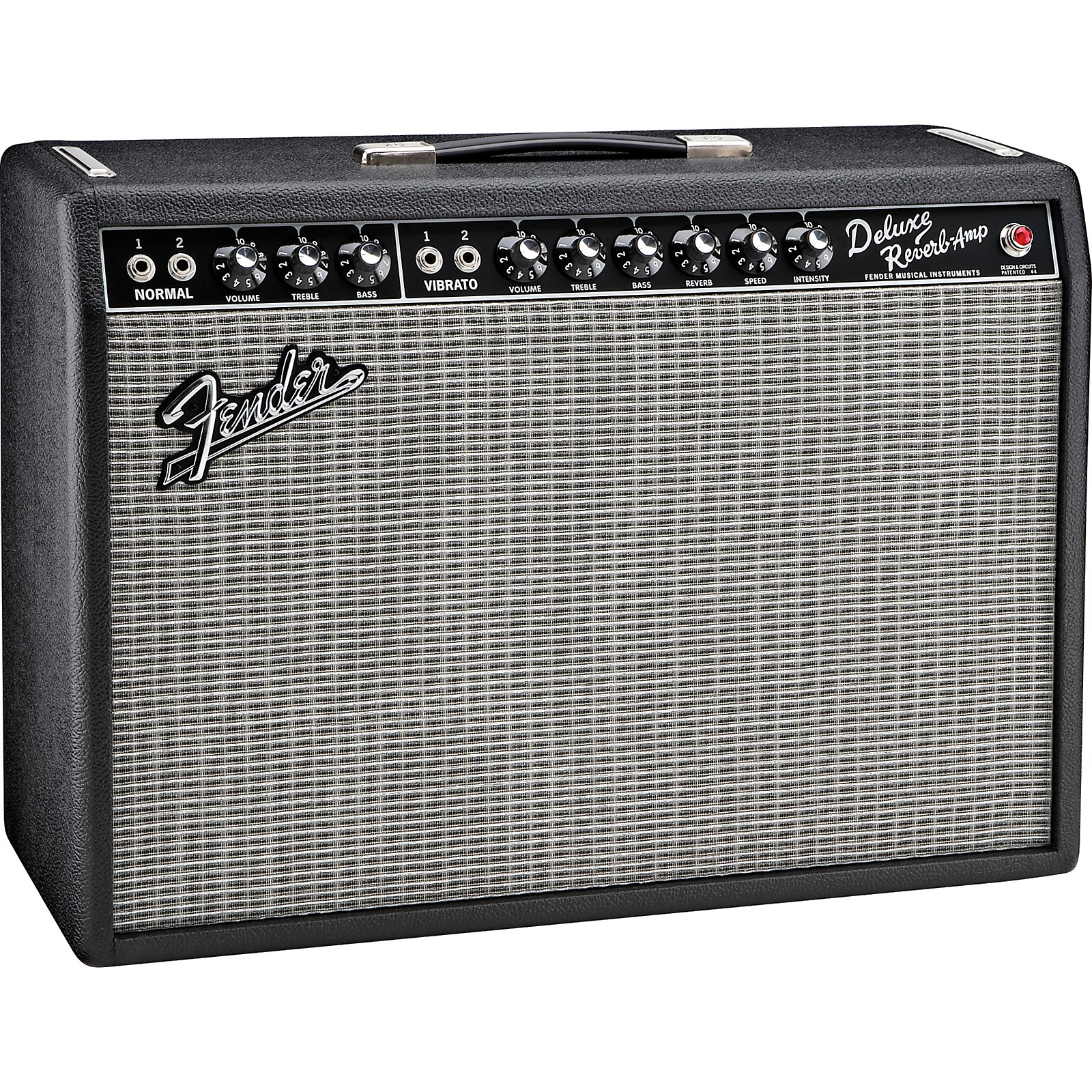 The Fender '65 Deluxe Reverb Combo Amp has a sound big enough to cut through the muddiest mix, but it's small enough to turn up make the most of natu...Click To Read More About This Product

A rebirth of the ultimate club amp.

The Fender '65 Deluxe Reverb Combo Amp has a sound big enough to cut through the muddiest mix, but it's small enough to turn up make the most of natural tube distortion in small clubs. This makes it the perfect studio amp, as well. It's a resurrection of a classic vintage tone monster, and its current iteration is used by many big-name bands, such as Flogging Molly, O.A.R. and Maroon 5. Crank up this faithful, U.S.-made reissue for your daily requirement of fat Fender tone. Delivers 22W through a 12" speaker. Features two channels (normal, vibrato), all-tube circuitry, tube vibrato, tube spring reverb, Blackface cosmetics and two-button footswitch to control the reverb and vibrato effects.

Designed to sound as close to the original as possible, the ˜65 Reissues are assembled in Corona, California and feature Jensen speakers (One C12K for the Deluxe and two C12Ks for the Twin, four P10Rs for the Super and one C10R for the Princeton), Schumacher transformers, traditional tremolo and tube-driven reverb to create that classic, "Blackface" sound so many players desire. They do have PCBs (Printed Circuit Boards), as opposed to the original's "hand-wired" circuitry, but the components (capacitors and resistors) are the same values as amps from that period. They also have hand-wired tube sockets and other parts for added strength.

Tonal Characteristics: Bright, scooped midrange that is known as the "Blackface" sound, pronounced "Wine Glass" highs from the Jensen speakers and a slightly more polite power amp for crystal cleans that can also be cranked for great overdriven tones.

No matter what your sound is, this amp will achieve it. Order today!