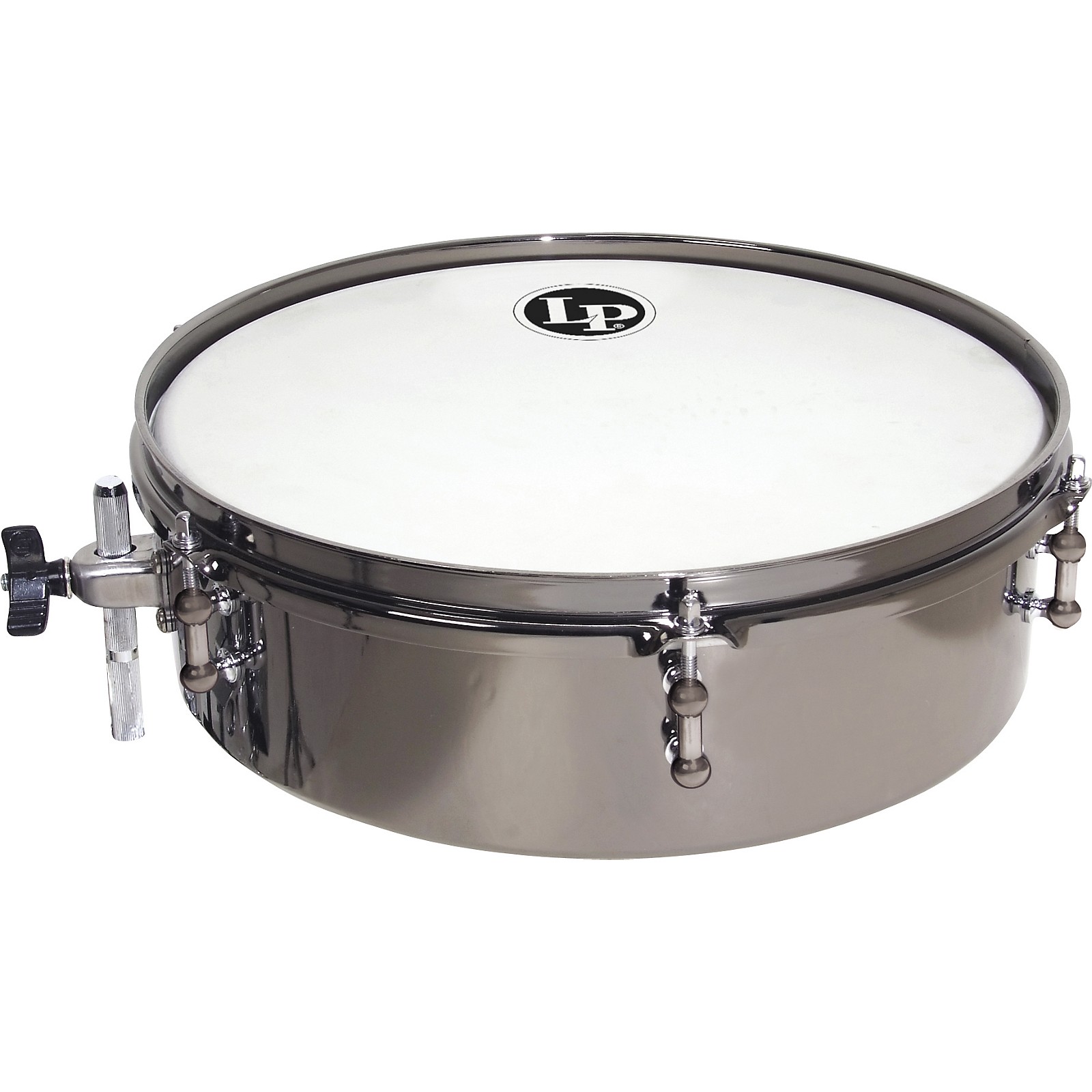 Combining the drum set with traditional timbales has become the norm rather than the exception. The reasons are many. When playing reggae, for exampl...Click To Read More About This Product

Combining the drum set with traditional timbales has become the norm rather than the exception. The reasons are many. When playing reggae, for example, the drummer can keep a loosely tensioned snare and strike timbales for the signature staggered-triplet rimshots-a timbre impossible to obtain from a loosely tuned snare drum. For songo, the timbales inject authentic sounds and help the drummer emulate the sound of a complete percussion section-the same applies for mambo choruses, cha cha cha, and other Afro-Cuban styles. For players of world music, timbales contribute a distinct tone and offer a more defined pitch than double-headed drum kit toms.

And now the fly in the ointment: Most timbales come in pairs that are not designed with the drum set in mind, in terms of height, expanse, or even tuning (traditional timbales are tuned with a wrench). Latin Percussion has designed the new LP Drum Set Timbale with shallower shells constructed from high carbon plated-steel that's available in three sizes. The tubular lugs allow ample space for cascara playing-drumstick against metal shell walls. Of course, those same reduced-depth shells encourage a wider variety of placement options. The LP Drum Set Timbale emits clear, pitched tones that segue nicely into the drummer's high toms, while head diameters of 12" and 13" occupy less real estate, allowing the drummer to sneak the drums-or just a single timbale-into places where regular timbales would not fit. And then there's the killer rimshot, a stake in the heart of the Marshall stack guitarist. Steel shells provide the maximum sustain, brightness, and clarity. They will stand up to heavy, street sticks; thanks, in part, to standard flanged drum set rims.

LP Drum set Timbales are the answer for drummers who have been modifying conventional toms and roto-tom style drums for decades. Conveniently, they are offered individually. Take heed that while LP Drum Set Timbales may be slightly reduced in size, they are by no means mini timbales but rather, speak in full tones to complement snare, toms, and kick drum.

Extra convenience: LP Drum Set Timbales each come with a mount that accommodates a variety of rods and tom holders. Tuning is accomplished, blessedly, with a standard drum key. No more fumbling for the right wrench.