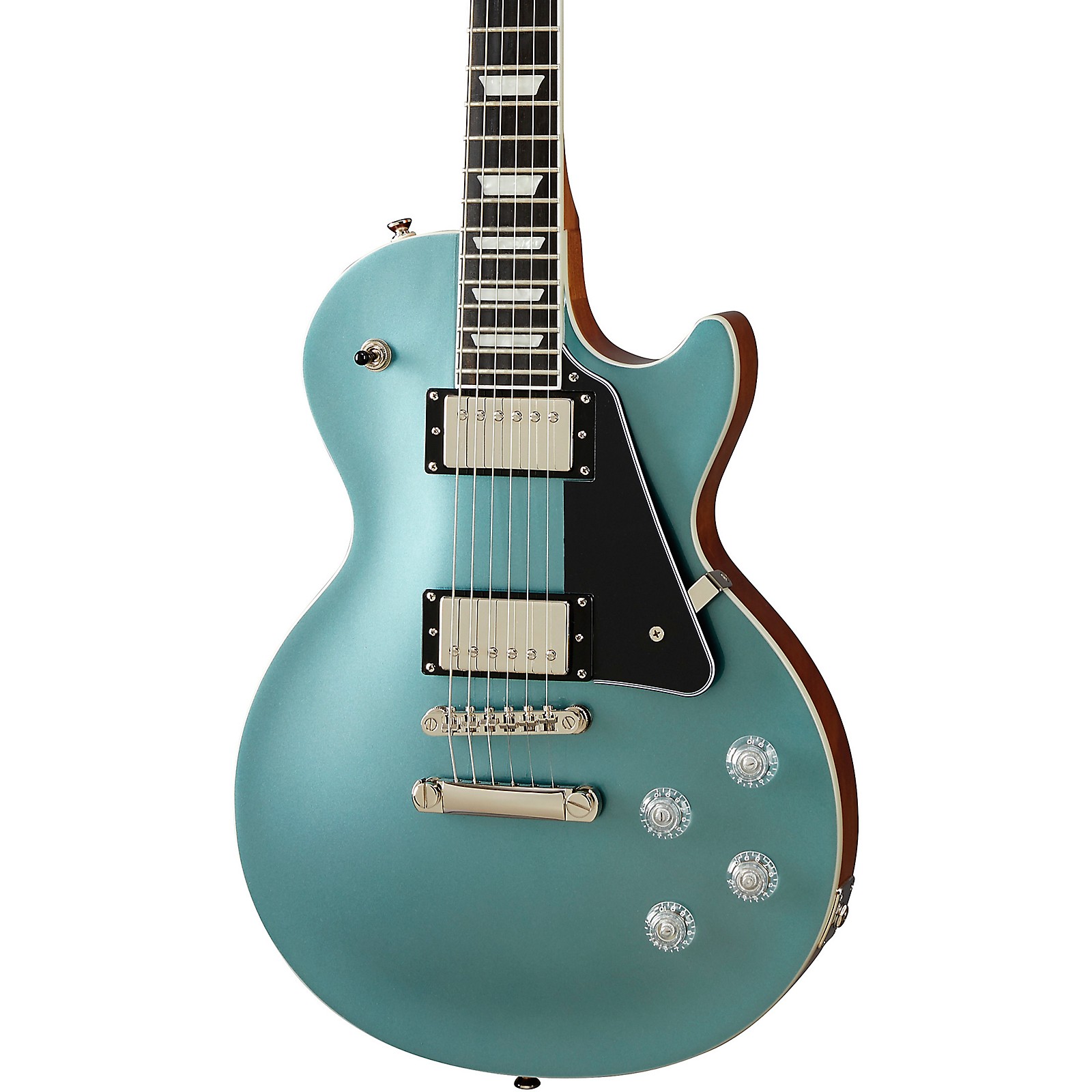 Epiphone’s Les Paul Modern is part of the brand’s “Inspired by Gibson” collection. With a bound maple top, mahogany body and trapezoid fingerboard in...Click To Read More About This Product

Epiphone’s Les Paul Modern is part of the brand’s “Inspired by Gibson” collection. With a bound maple top, mahogany body and trapezoid fingerboard inlays, this Epiphone has vintage-style swagger. But a contoured neck heel, weight relief, coil taps and phase controls make the Les Paul Modern a choice pick for players who want advanced features in an instrument that doesn’t break the bank…or their back.

The Modern gets a lighter body

The Les Paul has used mahogany bodies since the beginning. It’s an exemplary tone wood—but heavy. To lighten the load, Epiphone routes multiple chambers around the perimeter, while leaving the center block solid. A traditional maple top the caps the Les Paul Modern. The result is a body more comfortable for your own that still maintains the traditional Les Paul tone.

A neck built for comfort and speed

The Modern’s mahogany neck has a modern contoured heel, allowing easier access to the upper frets. We also think you’ll appreciate the asymmetrical slim taper profile. Hold the neck and you’ll feel a more rounded arch behind the bass or lower strings; on the higher treble strings, this arch flattens out. The result is a faster, more comfortable neck.

Epiphone’s ProBuckers have fooled many pros in blind tests with vintage ’buckers. If you want the hand-wound sound of a PAF, you’ll be more than happy with these. The Les Paul Modern also lets you split each pickup for single-coil tones, or flip the phase for a hollowed-out sound. A treble bleed maintains the high end even while dialing down the volume.

The Les Paul has been a musical mainstay since it was first introduced. If you're looking for a lightweight update with advanced electronics, Epiphone’s Les Paul Modern deserves a deeper look.
FEATURES