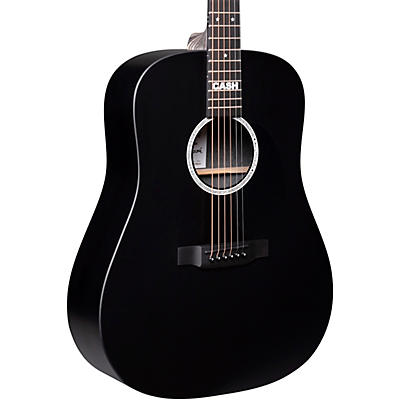 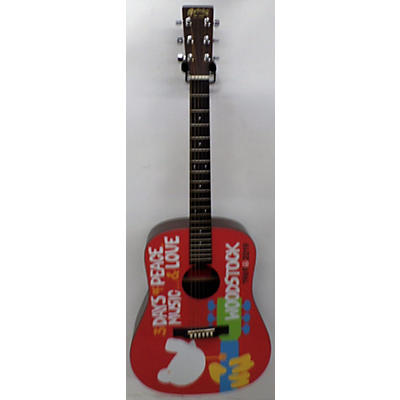 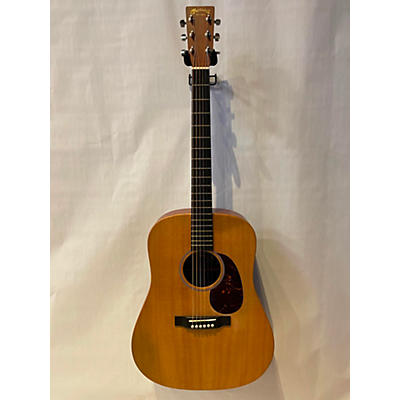 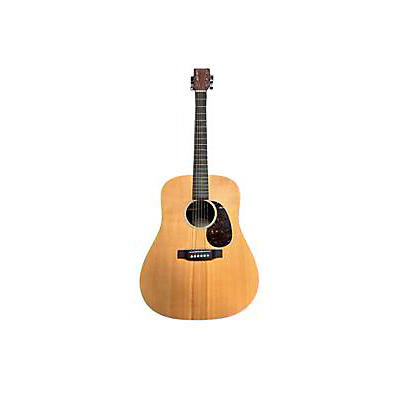 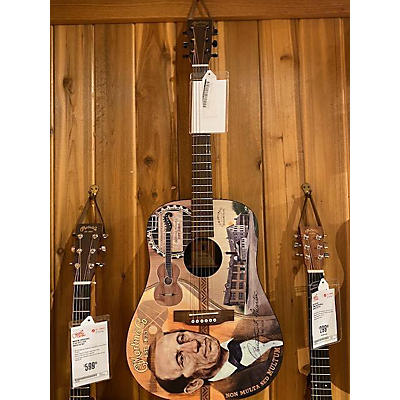 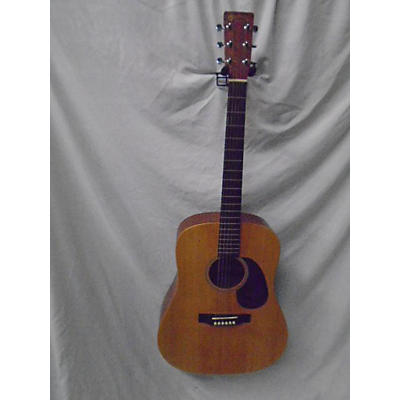 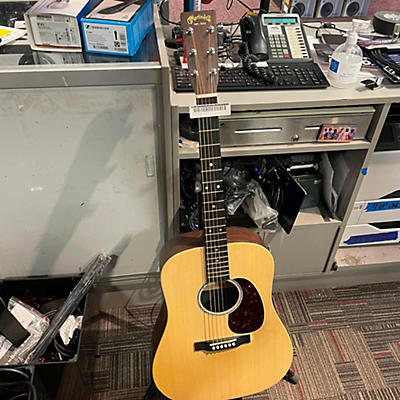 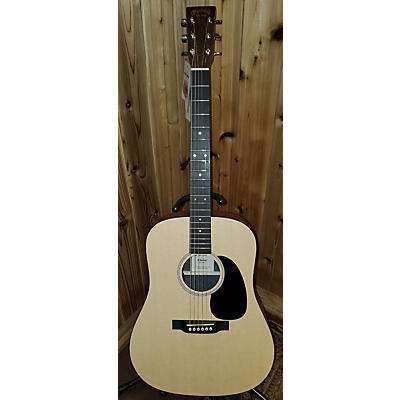 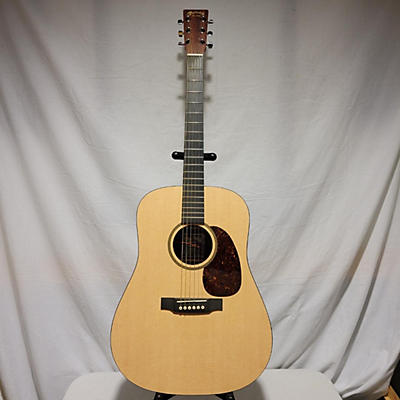 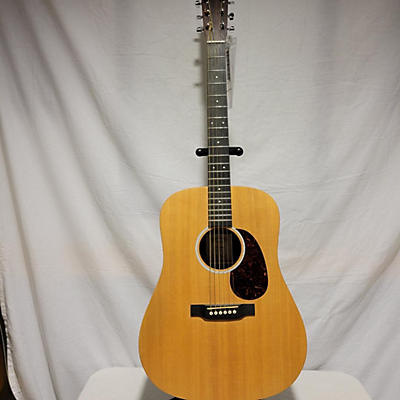 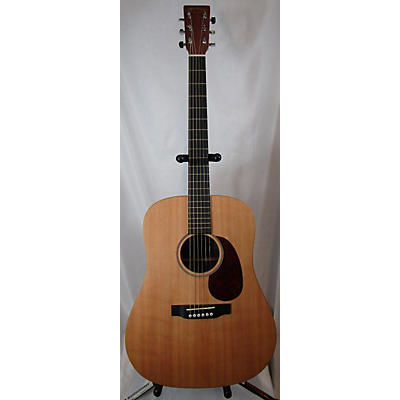 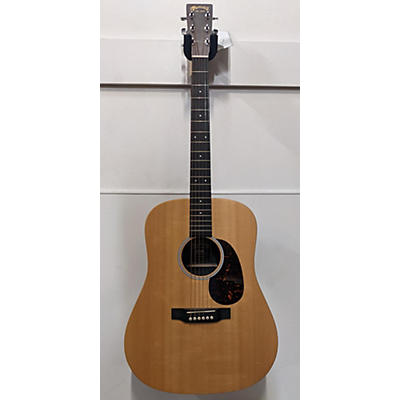 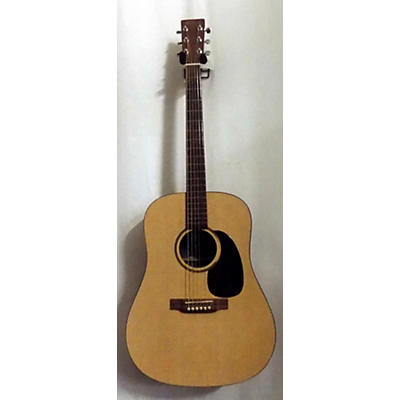 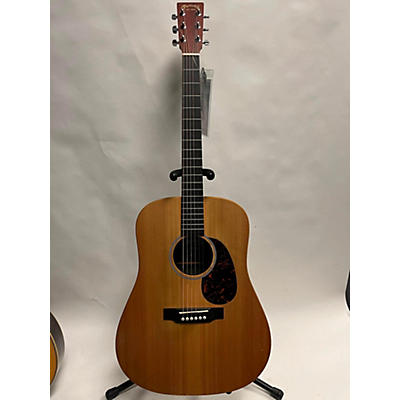 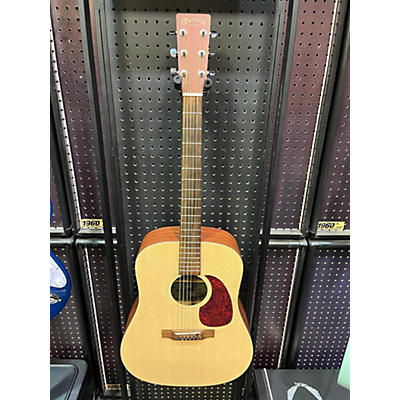 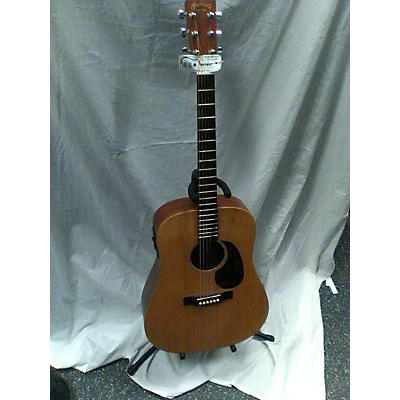 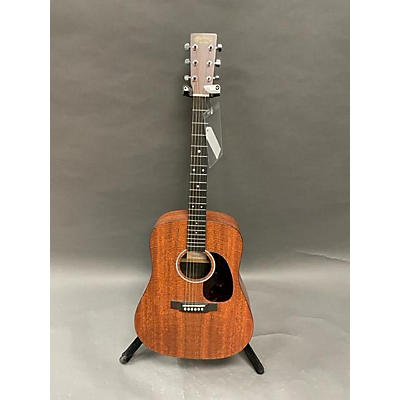 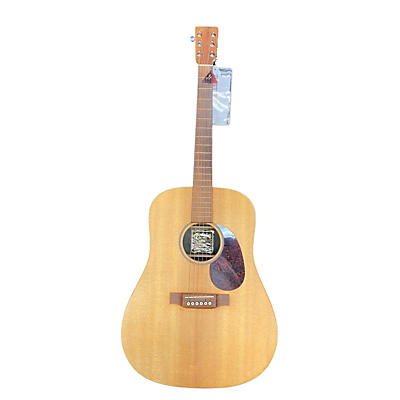 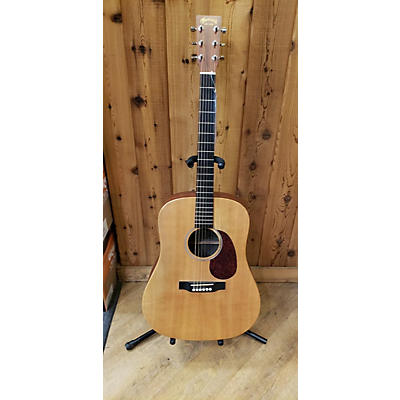 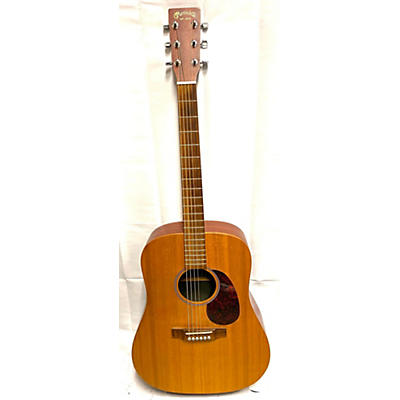 Martin DX acoustic guitars represent the synthesis of two of the iconic company's most brilliant innovations, combining the Martin-invented dreadnought body style with modern, environmentally-friendly alternative construction materials, to produce a line of visually impressive instruments that deliver rich, full tones, all at a very attractive price. The C.F. Martin Company has been an innovator in the design and manufacture of acoustic guitars since its founding in 1833 in New York City. The young company soon moved operations to Nazareth, Pennsylvania, where it remains today, a family-owned business run by the founder's great-great-great-grandson C.F. Chris Martin IV. The earliest Martins, like most guitars of the time, were smaller-bodied gut-stringed parlor-style instruments, usually played solo or in small ensembles. By 1916, however, with the advent of recorded music and the increasing popularity of the guitar in the larger bands of the day, the need arose for a louder, more powerful guitar that could be heard more clearly on stage and in the studio. Martin partnered with the Oliver Ditson company, a leading music publisher, to design a larger-bodied steel-string guitar, which they called the Dreadnought, or D-series, after a class of WWI-era battleship that was the most formidable weapon of its time. With a few design changes and refinements over the years, the dreadnought has come to be the most prevalent body style of acoustic guitar in the world, having been copied by virtually every guitar manufacturer since.

However, since the guitar market overall has grown significantly, especially in the last several decades, fine tonewoods like ebony and mahogany that traditionally have been used in guitar production are becoming increasingly expensive and harder to source. In response, while Martin has long had a policy of responsible use of natural materials, they have also been exploring the use of other sustainable-yield wood species and alternative materials in guitar construction. In 1988, Martin launched the X Series, a line of guitars built with the same legendary attention to tone and quality that have always been the company's hallmark, but constructed using a variety of innovative alternative materials, like Stratabond, a laminated hardwood product well-suited for high-stress applications like guitar necks (as well as gunstocks and hunting bows); Richlite, a dense, resin-based material used for fingerboards and bridges; and High-Pressure Laminates (HPLs), a highly-compressed wood fiber material that is used for the back, sides and sometimes the top of the instrument, depending on the model. These materials are generally more durable and resistant to warping than traditional tonewoods, sound great, and are much less expensive to produce.

The Martin DX models, then, from the DX1AE lefty acoustic-electric with solid Sitka spruce top and Fishman electronics, to the DXK2AE, which boasts a stunning koa-pattern textured finish, combine the iconic dreadnought look, feel and sound with the innovative, earth-friendly construction materials of the X-series to deliver a Martin that will look great and sound incredible, whether you're on stage, in the studio, or pickin' on the porch, and at an unbeatable price. If you're not sure a Martin DX is right for you, shop the full collection of Martin guitars.